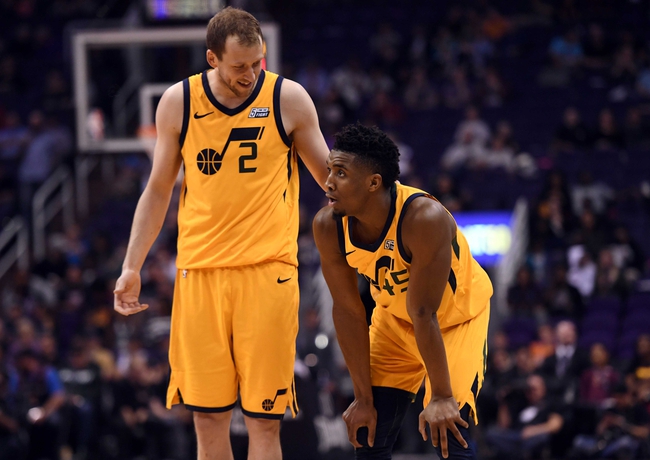 The slumping Phoenix Suns travel to Salt Lake City to take on the Utah Jazz at the Vivint Smart Home Arena on Wednesday.

The Phoenix Suns have been mired in a major slump as they’ve now lost 11 of their last 12 games and they will be hoping to snap a six-game skid after getting destroyed by the Warriors in a 123-83 road loss on Monday. Elfrid Payton led the team with 29 points, eight rebounds and five assists, while TJ Warren added 14 points on six of 18 shooting, but no other player scored more than eight points. As a team, the Suns shot just 34 percent from the field and a miserable three of 23 from the three-point line, but without their leading scorer in Devin Booker, they were always going to have trouble sticking with the league-best Warriors at the Oracle Arena. With the loss, Phoenix dropped to 18-40 overall and 9-19 on the road.

Meanwhile, the Utah Jazz have been playing their best basketball of the season and they will be looking to extend on their current 10-game win streak after sneaking past the Spurs in a 101-99 home win on Monday. Donovan Mitchell led the team with 25 points, seven rebounds and five assists, Joe Ingles added 20 points while Derrick Favors chipped in with 19 points. As a team, the Jazz shot just 41 percent from the field and 11 of 24 from the three-point line but they still managed to escape with the win after trailing by as many as 13 points in the fourth quarter. In fact, the Jazz led by 12 points at halftime before the Spurs bounced back with a 29-15 third quarter effort. With the win, Utah improved to 29-28 overall and 17-9 at home where they have won four straight.

Devin Booker has now missed four straight games with a hip injury and is listed as questionable for this game. The Suns have really struggled without him and they're coming into this one fresh off a 40-point loss, so it's just hard to make too much of an argument for them against this Jazz team looking for an 11th straight win. The Jazz have been red-hot lately and I don't see this one being too competitive.