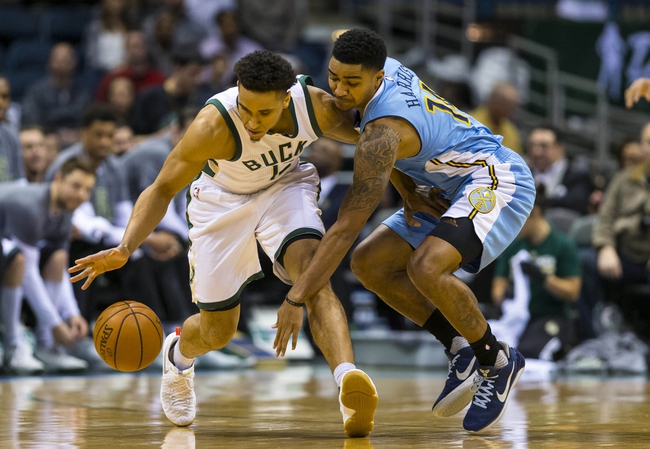 The Denver Nuggets pay a visit to the Bradley Center to take on the Milwaukee Bucks on Thursday night.

The Denver Nuggets have been in great form lately as they’ve won eight of their last 11 games and they will be gunning for a third straight win after taking down the Spurs in a 117-109 home win on Tuesday. Nikola Jokic led the team with a triple-double of 23 points with 13 rebounds and 11 assists, Will Barton added 20 points with six assists while Wilson Chandler and Jamal Murray each contributed 17 points apiece. As a team, the Nuggets shot 49 percent from the field and 10 of 32 from the three-point line as they outscored the shorthanded Spurs by 30-19 in the fourth quarter after trailing by as many as seven points in the third quarter. With the hard-fought win, Denver improved to 31-26 overall and 23-7 at home where they have won four straight and seven of their last eight.

Meanwhile, the Milwaukee Bucks have been on a tear lately as they’ve won nine of their last 11 games and they will be aiming for a third straight victory after sneaking past the Hawks in a 97-92 home win on Tuesday. Khris Middleton led the team with 21 points, Giannis Antetokounmpo added 15 points with 15 rebounds and three assists while Eric Bledsoe chipped in with 14 points and nine assists. As a team, the Bucks shot just 43 percent from the field and eight of 25 from the three-point line as they battled the Hawks to lead by as many as 14 points late in the third quarter before the Hawks came all the way back to tie the game. Fortunately, the Bucks rallied again in the fourth quarter to close the game on a 13-8 run in the final 3:03 to come out on top. With the win, Milwaukee improved to 32-24 overall and 19-9 at home.

These two teams have yet to meet this season but both teams have been in great form lately so this should be a good one. The Nuggets have won five of their last six games which includes wins over the Thunder, Warriors and now the Spurs. Meanwhile, the Bucks have also won five of their last six games but all five of those wins have come against teams below .500. The Nuggets have covered in 10 of the last 14 meetings against the Bucks and I like that trend to continue tonight in what should be a close one.