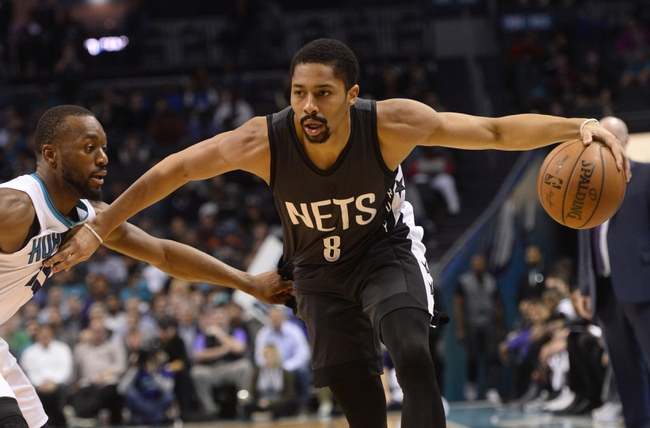 The Brooklyn Nets travel to the Spectrum Center to take on the Charlotte Hornets on Thursday night.

The Brooklyn Nets have been mired in a major slump for a while now as they’ve lost 11 of their last 12 games and they will be hoping to snap a seven-game skid after falling to the Pacers in a 108-103 home loss on Feb 14. Allen Crabbe led the team with 24 points on nine of 16 shooting, DeMarre Carroll added 21 points with 10 rebounds and four assists while D’Angelo Russell chipped in with 18 points and nine assists off the bench. As a team, the Nets shot 42 percent from the field and 13 of 35 from the three-point line but after closing the third quarter on a 16-2 run to take a six-point lead, the Nets went ice-cold late in the fourth quarter as they were outscored by 15-8 in the final 3:19. With the loss, Brooklyn dropped to 19-40 overall and 11-21 at home where they have lost six straight.

Meanwhile, the Charlotte Hornets have split their last eight games but they would’ve been relieved to head into the All-Star break after snapping a four-game skid with a 104-102 win at Orlando on Feb 14. Dwight Howard led the team with 22 points and 13 rebounds, Kemba Walker added 20 points with six assists while Jeremy Lamb chipped in with 17 points off the bench. As a team, the Hornets shot 43 percent from the field and 13 of 30 from the three-point line but you can credit this win to their defense as they forced the Magic into 20 total turnovers and just 41 percent shooting from the field. With the win, Charlotte improved to 24-33 overall and 9-18 on the road.

The Hornets weren’t very consistent heading into the All-Star break, but they only have 25 games left so they’ll have to get going if they want to sneak into the eighth seed. The Nets have been struggling for a long time now and three of their last five losses have come by double digits, but they’ve covered in each of the last six meetings which is a betting trend too hard to ignore.