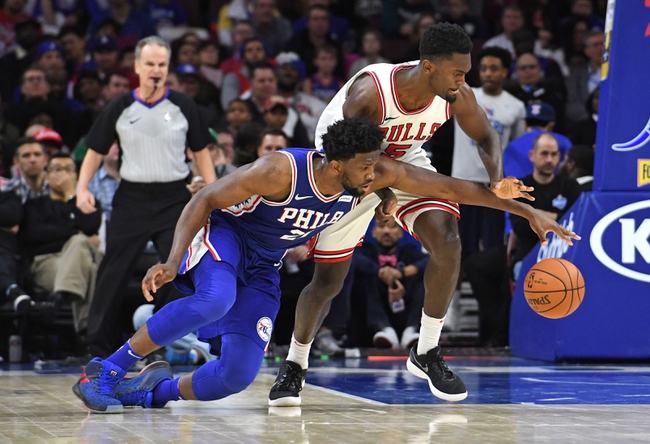 The Philadelphia 76ers and Chicago Bulls meet Thursday in NBA action at the United Center.

The Philadelphia 76ers were one of the hotter teams heading into the break, as they won five straight and are outscoring teams by over 12 points during that streak. The Chicago Bulls have been playing better since getting healthy, but they're still losing games and have covered just one of their last 10 contests. The Bulls have also been outscored by 7.2 points in their last five games while allowing 47 percent shooting. This is a game the 76ers should be able to win by a comfortable margin.