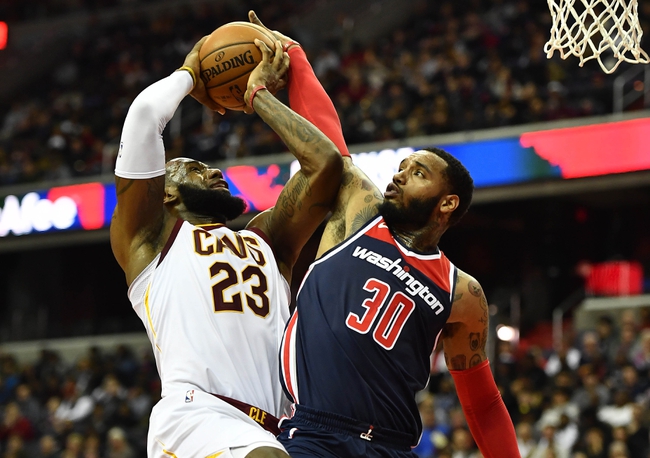 The Washington Wizards and the Cleveland Cavaliers duke it out at the Quicken Loans Arena on Thursday night.

The Washington Wizards were in great form heading into the All-Star break as they have won seven of their last nine games and they will be aiming for a third straight win after sneaking past the Knicks in a 118-113 road win on Feb 14. Bradley Beal led the team with 36 points and seven assists on 14 of 22 shooting, Otto Porter Jr. added 22 points while Ian Mahinmi chipped in with 17 points off the bench. As a team, the Wizards shot 54 percent from the field and seven of 22 from the three-point line as they rallied all the way back from a 27-point deficit to beat the shorthanded Knicks who have now lost eight straight. With the win, Washington improved to 33-24 overall and 16-14 on the road where they have won five of their last six.

Meanwhile, the Cleveland Cavaliers have had to deal with one drama after another for a while now but they were actually in red-hot form heading into the break as they have won seven of their last 10 games and they will be gunning for a fifth straight win after taking down the Thunder by 120-112 on Feb 13. LeBron James led the way with 37 points, eight rebounds and eight assists, while JR Smith drained eight treys en route to 18 points, but the real difference between the teams was their bench play and that’s where the Cavaliers dominated as their bench players outscored the Thunder’s bench by 51-20. Jordan Clarkson and Rodney Hood each contributed 14 points while Larry Nance Jr chipped in with 13 points as the Cavaliers shot 51 percent from the field and 16 of 36 from the three-point line. With the win, Cleveland improved to 34-22 overall and 14-15 on the road.

The Wizards have been playing surprisingly well despite the injury to John Wall but now the question is if they can keep winning as we head toward the business end of the season. The Cavaliers went through a roster overhaul but they were really building some winning momentum heading into the break which will give them plenty of confidence going forward. I think the week off came at the right time for the Cavaliers who will surely have used it to practice together and I’m banking on them to stay hot with another win and cover at home.