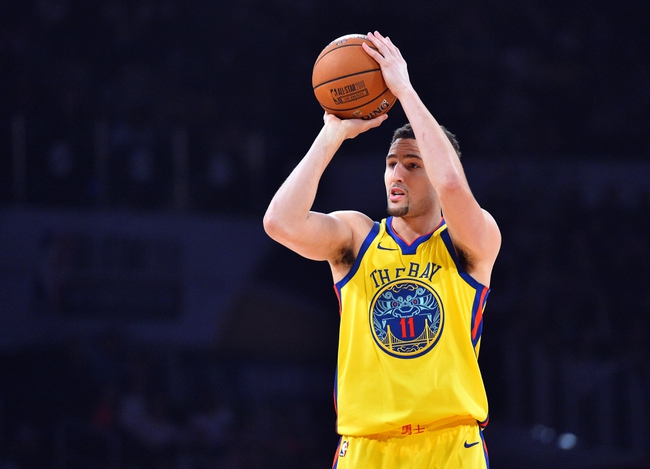 The Los Angeles Clippers invade the Oracle Arena to do battle with the Golden State Warriors on Thursday.

The Los Angeles Clippers were in solid form heading into the break as they had won seven of their last nine games and they will be gunning for a third straight win after beating the Celtics by 129-119 on Feb 14. DeAndre Jordan led the team with 30 points, 13 rebounds and three assists, Tobias Harris added 21 points with five assists while Danilo Gallinari chipped in with 20 points. As a team, the Clippers shot 50 percent from the field and 11 of 29 from the three-point line and they were good on the defensive end when they needed to be as they held the Celtics to just eight points in the final 4:26 of the fourth quarter. With the hard-fought win, Los Angeles improved to 30-26 overall and 14-14 on the road.

Meanwhile, the Golden State Warriors have split their last six games and they will be hoping to bounce back after having their three-game win streak snapped by the Trailblazers in a 123-117 road loss on Feb 14. Kevin Durant poured in 50 points on 17 of 27 shooting, Stephen Curry and Klay Thompson each scored 17 points while Draymond Green chipped in with 16 points, 12 rebounds and seven assists. As a team, the Warriors shot 47 percent from the field and 13 of 37 from the three-point line but they just couldn’t get over the line despite rallying all the way back from a 20-point deficit in the first half. Curry shot just six of 17 from the field while committing a total of seven turnovers and no one could do much to stop the Trailblazers’ Damian Lillard who poured in 44 points with eight assists. With the loss, Golden State dropped to 44-14 overall and 22-7 on the road where they have now lost four of their last five.

The Warriors have won two of three meetings this season but it was actually the Clippers who won the most recent meeting, a 125-106 road win back on Jan 10 thanks to 50 points from Williams. The Clippers have been in great form and are coming into this game fresh off a big upset win over the Celtics, so I’m taking them with the points as the Warriors have been playing well below their best for a couple weeks now. There’s always the chance that the Warriors come out firing and blow this game away early, but I’m sticking with the more consistent Clippers in this one.