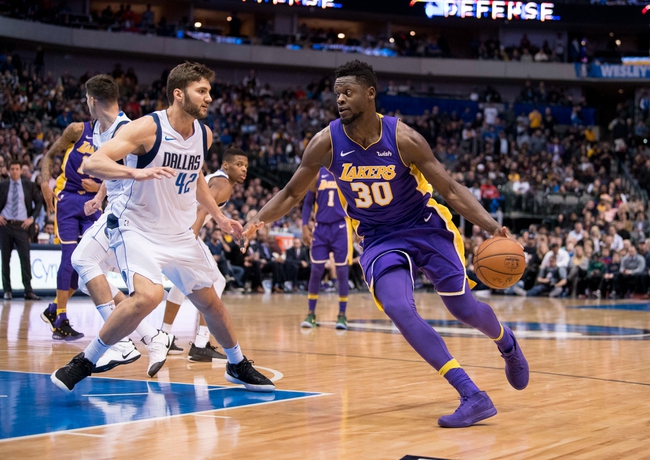 The Dallas Mavericks and Los Angeles Lakers meet Friday in NBA action at the Staples Center.

The Dallas Mavericks are watching the losses pile up left and right, and now they have off the court issues to deal with while their owner came out and admitted it's in the teams best interest to tank. Too much toxic stuff for me to get behind. The Los Angeles Lakers haven't lost a home game in over a month and have covered eight straight at home as well. The Lakers have also had a week to get comfortable with their new roster and expect to get Lonzo Ball back as well. I have to side with the Lakers and the small chalk.