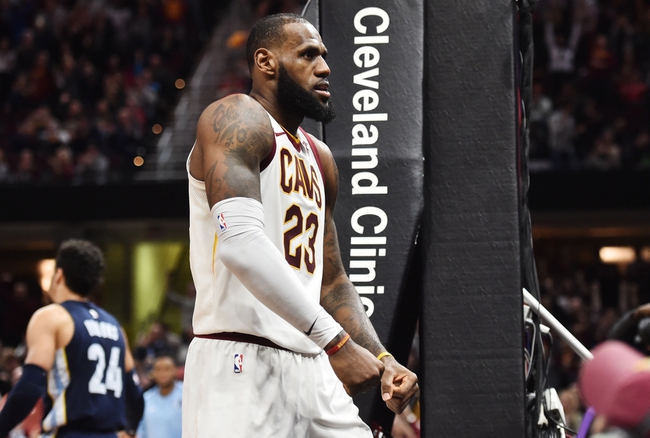 The Cleveland Cavaliers and Memphis Grizzlies meet Friday in NBA action at the FedExForum.

I'm not all in on the Cleveland Cavaliers the way some others seem to be, as there's nothing but average players around LeBron, and they're coming off a bad home loss last night to the Washington Wizards. However, there's no way I'm backing the banged up Memphis Grizzlies who are counting the days until the offseason. The Grizzlies have lost seven straight and are being outscored by 14 points in their last five games. Other than a huge rest advantage, there's just not much a case you can make for the Grizzlies these days. I'll take the better team and the reasonable chalk.