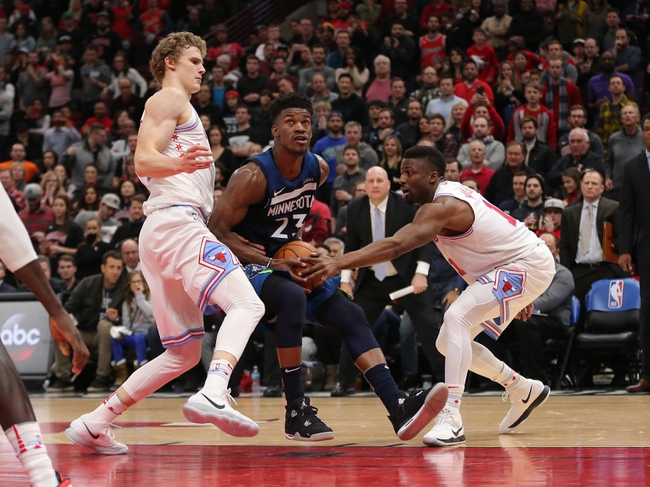 The Chicago Bulls and Minnesota Timberwolves meet Saturday in NBA action at the Target Center.

The Chicago Bulls already beat the Minnesota Timberwolves when they got inspired play from LaVine, who wanted to stick it to his former team. You know the Bulls will bring that same energy with his return to Minnesota. The Minnesota Timberwolves have been a great team when playing at home, but they are on the end of a back to back and are dealing with the injury to Jimmy Butler, which could be a serious knee injury. I'm not trying to lay big chalk with a key player out of the lineup. I'll take a stab with the points and the Bulls.