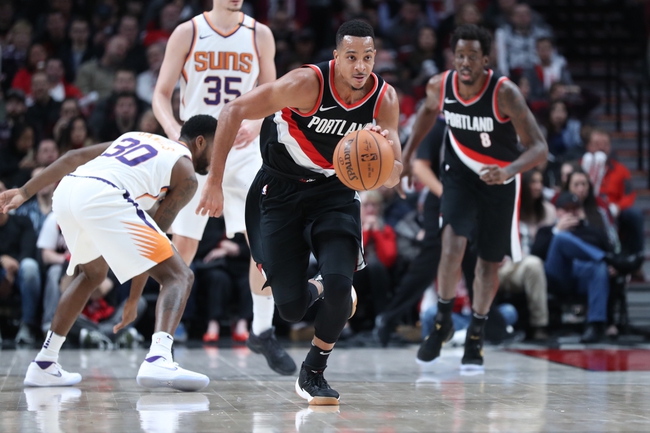 The Phoenix Suns came into Friday getting outscored by 26.6 points in their last five games, and they were just blasted by the Los Angeles Clippers. There's simply no getting behind the Suns in their current form, as everything is falling apart for this squad. The Portland Trail Blazers are coming off a nice with over the Utah Jazz and have now covered 10 of their last 15 games. Portland seems to be hitting its stride right now and is probably chasing a top-four seed if it can continue this success. I'll eat the reasonable number here.