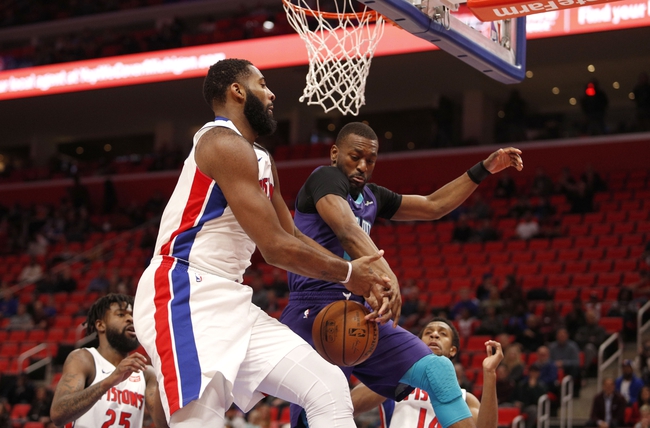 The Detroit Pistons and the Charlotte Hornets duke it out at the Spectrum Center on Sunday afternoon.

The Detroit Pistons have been in a bit of a slump as they’ve lost four of their last five games and they will be hoping to bounce back after falling to the Celtics in a 110-98 home win on Friday. Ish Smith led the team with 20 points and six assists, Blake Griffin added 17 points but shot just five of 19 from the field while Andre Drummond chipped in with 15 points, 17 rebounds and three blocks. As a team, the Pistons shot 43 percent from the field and 10 of 33 from the three-point line but they were always trailing after getting outscored by 38-21 in the second quarter to fall behind by 12 points going into halftime. With the loss, Detroit fell to 28-30 overall and 19-13 at home where they have lost three of their last four.

Meanwhile, the Charlotte Hornets look to have recovered from their four-game losing streak as they’ve reeled off three straight wins after blowing past the Wizards in a 122-105 road win on Friday. Kemba Walker led the team with 24 points, Frank Kaminsky drained six treys en route to 23 points off the bench while Marvin Williams chipped in with 15 points. As a team, the Hornets shot 49 percent from the field and 17 of 39 from the three-point line as they jumped out to an early double-digit lead after pouring in 36 points in the first quarter. However, in the second half it was really Walker who carried the offense as he scored 20 of his 24 points in the second half. With the win, Charlotte improved to 26-33 overall and 10-18 on the road.

The Pistons went on a nice run when they first acquired Griffin but they’ve since cooled off with four losses in their last five outings. The Hornets have been struggling themselves but have made the most of a weak schedule to string together three wins over the Magic, Nets and Wizards. The Hornets won the last meeting by 118-107 back on Jan 15 and the home team has covered in eight of the last 11 meetings, so without too much confidence, I’m leaning towards the Hornets to get the win and cover in this one.