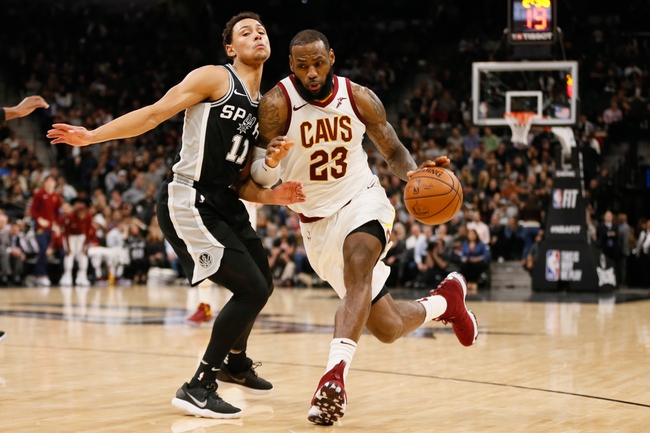 The Cleveland Cavaliers play host to the San Antonio Spurs at the Quicken Loans Arena on Sunday.

The San Antonio Spurs have been going through their worst slump in recent memory as they’ve lost six of their last seven games and they will be hoping to snap a four-game skid after falling to the Nuggets in a 122-119 road loss on Friday. LaMarcus Aldridge led the team with 38 points on 13 of 23 shooting, Patty Mills added 21 points and five assists while Pau Gasol chipped in with 12 points, 12 rebounds and three assists. As a team, the Spurs shot 50 percent from the field and just five of 16 from the three-point line but in a closely contested game, it was the Nuggets who came out on top behind a triple-double of 28 points, 11 rebounds and 11 assists from Nikola Jokic. With the loss, San Antonio dropped to 35-25 overall and 13-19 on the road where they have lost four straight.

Meanwhile, the Cleveland Cavaliers have been on a tear lately as they’ve won five of their last six games and they will be looking to stay hot after blowing past the Grizzlies in a 112-89 road win on Friday. LeBron James led the team with a triple-double of 18 points with 14 rebounds and 11 assists, George Hill added 18 points while Larry Nance Jr. chipped in with 15 points off the bench. As a team, the Cavaliers shot 46 percent from the field and 11 of 29 from the three-point line as they cruised to an easy win after trailing by as many as 13 points in the first quarter. With the win, Cleveland improved to 35-23 overall and 15-15 on the road where they have won four in a row.

Kawhi Leonard isn’t expected to return to the court this season while Manu Ginobili is out with a bruised sternum which is bad news for the Spurs who just haven’t been able to buy a win lately. With that being said, the Cavaliers are still a major work in progress but they’ve been playing well in recent games and should be good enough to take advantage of the Spurs while they’re shorthanded.