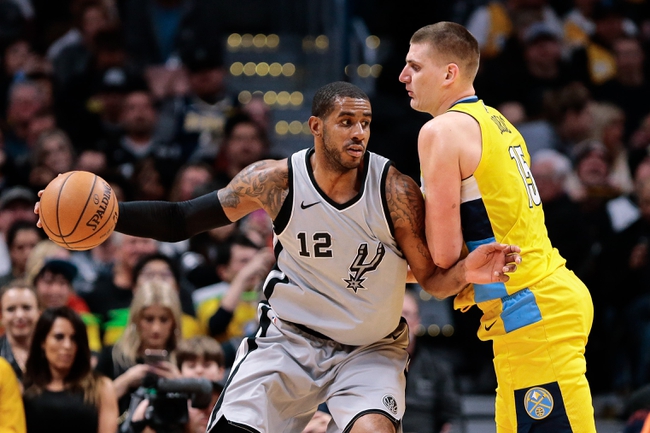 The Houston Rockets look to stay hot when they take on the Denver Nuggets at the Pepsi Center on Sunday night.

The Houston Rockets have been the hottest team in the league lately as they’ve won 15 of their past 16 games and they will be aiming to extend on their current 11-game win streak after blowing past the Timberwolves in a 120-102 home win on Friday. James Harden led the way with 31 points and nine assists, Clint Capela added 25 points on 10 of 11 shooting while Chris Paul chipped in with 14 points, 10 rebounds and eight assists. As a team, the Rockets shot 48 percent from the field and 14 of 38 from the three-point line but they really couldn’t gain any separation until the second half where they outscored the Timberwolves by 65-48. With the win, Houston improved to 45-13 overall and 24-6 at home where they have won 10 in a row.

Meanwhile, the Denver Nuggets have been in pretty strong form themselves as they’ve won seven of their past eight games and they will be gunning for a fifth straight win after sneaking past the Spurs in a 122-119 home win on Friday. Nikola Jokic led the team with his third straight triple-double as he racked up 28 points with 11 rebounds and 11 assists, Gary Harris added 23 points on 10 of 16 shooting while Wilson Chandler chipped in with 18 points and 16 rebounds. As a team, the Nuggets shot 49 percent from the field and 12 of 32 from the three-point line as they held on to win after blowing a nine-point lead in the fourth quarter. With the win, Denver improved to 33-26 overall and 24-7 at home where they are riding a five-game win streak.

The Nuggets have been in great form as they’ve won seven of their last eight including their last five games at home, but the Rockets are currently the hottest team in the league and they’ve already beaten the Nuggets twice this season by an average of 28 points. It’s always tricky betting against the Nuggets in their own building, but I just can’t bring myself to back against the Rockets while they’re this hot.