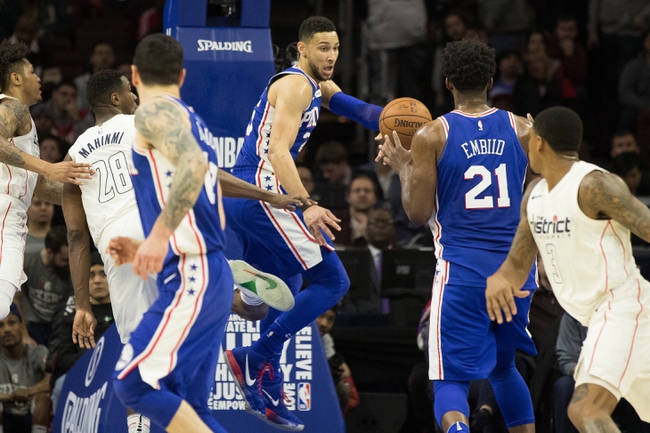 The Philadelphia 76ers and Washington Wizards meet Sunday in NBA action at the Capital One Arena.

The Philadelphia 76ers have not lost since the Eagles have won the Super Bowl, and you can see the confidence growing with this young team. However, the 76ers have yet to put together those performances on the road where they've lost four of their last five games and are being outscored by nearly two points. The Washington Wizards continue to play some of their best basketball without John Wall and have a rest advantage heading into this game. I'll lay the bucket with the Wizards based on the 76ers struggles on the road.