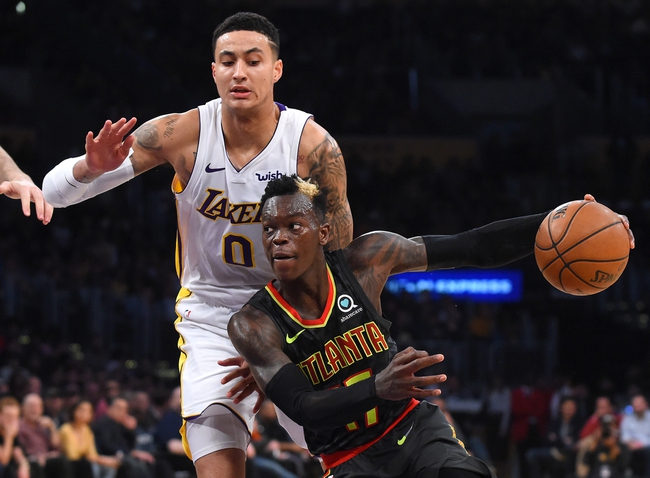 The Los Angeles Lakers invade the Philips Arena to battle the Atlanta Hawks on Monday night.

The Los Angeles Lakers have been in pretty solid form lately as they’ve won 10 of their past 15 games and they will be aiming for a third straight win after sneaking past the Kings in a 113-108 home win on Friday. Kentavious Caldwell-Pope led the team with 34 points on 12 of 20 shooting, Isaiah Thomas added 17 points with four assists off the bench while Julius Randle racked up 12 points with 13 rebounds, six assists and two steals. As a team, the Lakers shot 45 percent from the field and 17 of 38 from the three-point line but they were actually trailing for most of the game until they took control with a 37-25 third quarter. With the win, Los Angeles improved to 25-34 overall and 10-20 on the road.

Meanwhile, the Atlanta Hawks have been in a slump as they’ve lost five of their last six games and they will be hoping to snap a three-game skid after getting blown out by the Pacers in a 116-93 road loss on Friday. Isaiah Taylor led the team in scoring with 17 points and six assists off the bench, Taurean Prince added 14 points while Kent Bazemore chipped in with 12 points. As a team, the Hawks shot 45 percent from the field and seven of 31 from the three-point line but they were always fighting a losing battle after getting outscored by 34-22 in the second quarter to trail by 17 points going into halftime. With the loss, Atlanta dropped to 18-42 overall and 5-25 on the road where they have lost four straight and six of their last seven.

The Lakers have been in red-hot form lately compared to the Hawks and they’ve also covered in seven of their last nine games overall. In addition, the Lakers have already beaten the Hawks by 132-113 in the team’s lone meeting this season. I don’t think the Lakers will have it so easy on this occasion, but they’ve covered in five of their last seven games against the Hawks and I think that trend continues in this one.