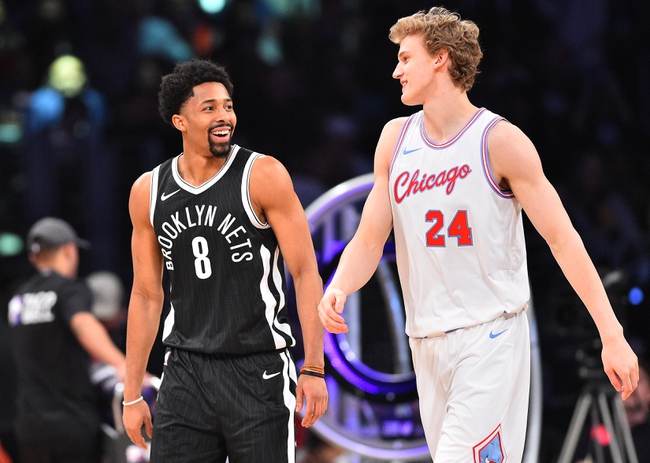 The Chicago Bulls pay a visit to the Brooklyn Nets at the Barclays Center on Monday night.

The Chicago Bulls have been in a real slump as they’ve lost 11 of their last 13 games and they will be hoping to snap a three-game skid after falling to the Timberwolves in a 122-104 road loss on Saturday. Zach LaVine led the team with 21 points, six rebounds and seven assists, Bobby Portis added 15 points off the bench while David Nwaba chipped in with 14 points. As a team, the Bulls shot 46 percent from the field and just six of 23 from the three-point line as they poured in 38 points in the second quarter to take a two-point lead going into halftime before getting outscored by 62-42 in the second half. With the loss, Chicago dropped to 20-39 overall and 7-22 on the road where they are currently riding a six-game losing streak.

Meanwhile, the Brooklyn Nets just haven’t been able to buy a win lately as they’ve lost 12 of their last 13 games and they will be hoping to put a halt to an eight-game skid after falling to the Hornets in a 111-96 road loss on Thursday. Dante Cunningham led the team with 22 points, 12 rebounds and four assists off the bench, D’Angelo Russell added 19 points with five assists while Spencer Dinwiddie chipped in with 12 points and nine assists. As a team, the Nets shot 38 percent from the field and 14 of 43 from the three-point line but they couldn’t keep up with the Hornets who outscored them by 56-43 sparked by a 13-0 run to start the third quarter. With the loss, Brooklyn dropped to 19-41 overall and 8-20 on the road where they have lost six in a row.

These two teams have yet to butt heads this season but you wouldn’t expect much of a contest given how poor they’ve been playing lately. Neither team has been able to enjoy any kind of continued success lately but the good news for the Nets is that Rondae-Hollis Jefferson is expected to return after missing 12 games. It’s really hard to split these two teams but I am leaning towards the Nets in this one as they should be well-rested since they haven’t played since Thursday.