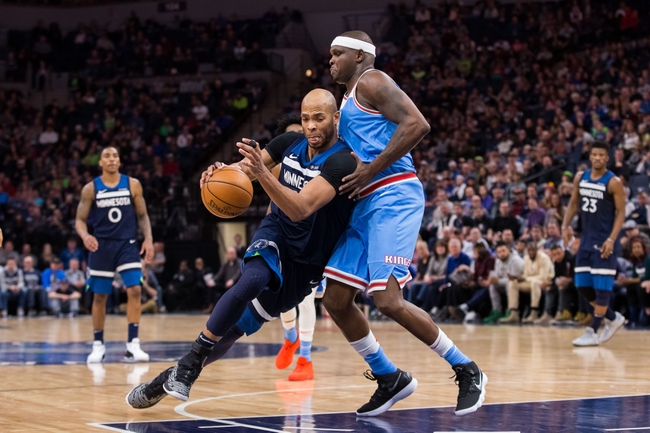 The Minnesota Timberwolves and Sacramento Kings meet Monday in NBA action at the Golden 1 Center.

Saying the Minnesota Timberwolves aren't a good road team may be an understatement, as they get no stops on the defensive end and haven't won on the road since January 22. Not having Butler for the next month or so is also going to test this team. The Sacramento Kings are also decent ATS, which includes covering four of their last five games. However, with all that said, the Timberwolves are still head and shoulders the better team here, and if they're serious about clinching a top four or three seed in the West, they should have little trouble in these games. The spread is reasonable. I'll take Minnesota by a decent sized victory to finally spap that road skid.