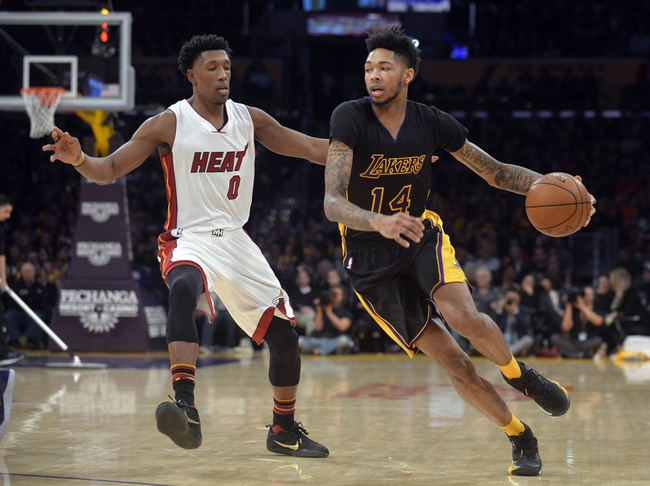 The Los Angeles Lakers and Miami Heat meet Thursday in NBA action at the AmericanAirlines Arena.

The Los Angeles Lakers are putting together their best winning stretch probably in years and are a young team playing with confidence. However, it's improtant to note that a lot of those teams the Lakers have beat up on are clubs that are playing for the lottery at this point. Also, word is that the Lakers got into Miami a couple of days ago, which is never a good idea. A young team and the Miami nightlife don't mix when trying to play a basketball game. The Miami Heat are also fighting for better playoff position after a big win over the 76ers. Give me the Heat and the reasonable chalk.