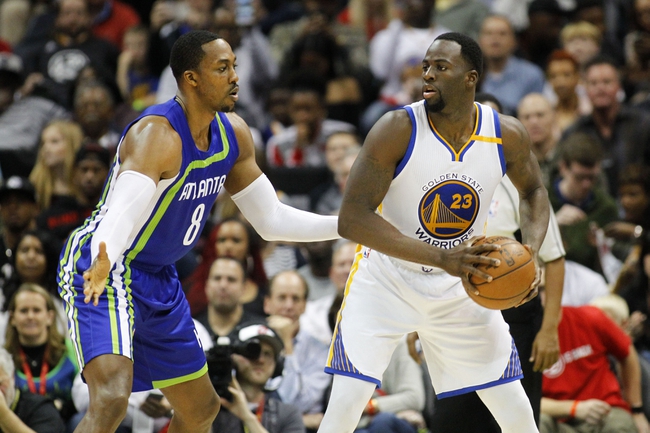 The Golden State Warriors and the Atlanta Hawks duke it out at the Philips Arena on Friday night.

The Golden State Warriors have been in great form as they’ve won seven of their past eight games and they will be gunning for a fifth straight win after sneaking past the Wizards in a 109-101 road win on Wednesday. Kevin Durant led the team with 32 points on 12 of 20 shooting, Stephen Curry added 25 points while Draymond Green racked up 11 points with six rebounds and 11 assists. As a team, the Warriors shot 52 percent from the field and 10 of 24 from the three-point line as they stormed out of the gates to lead by as many as 15 points before the Wizards rallied to take the lead before halftime. Fortunately, the Warriors never led by less than six points after outscoring the Wizards by 27-14 in the third quarter. With the win, Golden State improved to 48-14 overall and 24-7 on the road.

Meanwhile, the Atlanta Hawks have been in a real slump as they’ve lost six of their past eight games but they will be feeling pretty good about themselves after snapping a four-game skid with a 107-102 home win over the Pacers on Wednesday. John Collins led the team with 16 points, Dewayne Dedmon and Taurean Prince each scored 15 points while Dennis Schroder chipped in with 14 points and five assists. As a team, the Hawks shot 43 percent from the field and nine of 29 from the three-point line but they were active on the defensive end as they forced the Pacers into 24 turnovers leading to 31 points. The Pacers did rally in the fourth quarter but the Hawks managed to just hold on for the win to improve to 19-43 overall and 14-18 at home.

Head to head, the road team is 4-0 ATS in the last four meetings.

These two teams have yet to meet this season but there’s no surprise that the Warriors are heavy road favorites in this one.  The Hawks showed great enthusiasm in their win over the Pacers on Wednesday and you just know they will be up for this one, but the Warriors have won five of their last eight games by double-digits and I don’t see this one being too competitive. Give me the Warriors to get the win and cover as they look to stay in the race for the top seed in the Western Conference.