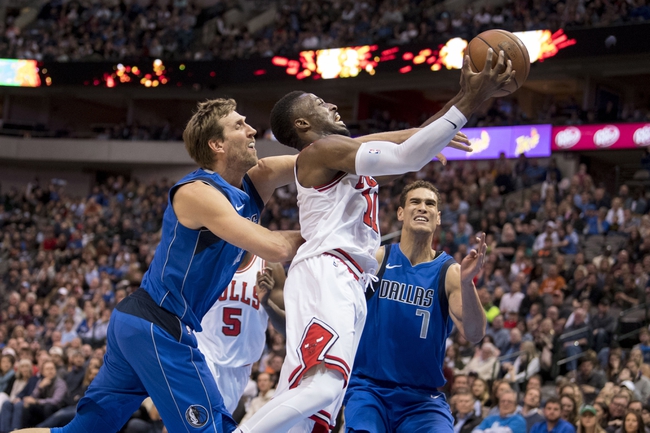 The Dallas Mavericks invade the United Center to take on the Chicago Bulls on Friday night.

The Dallas Mavericks have lost 12 of their last 15 games and they will be looking to bounce back after falling to the Thunder in a 111-110 overtime loss on Wednesday. Harrison Barnes led the team with 26 points and five assists, Dwight Powell added a career-high 21 points on 10 of 13 shooting while Dennis Smith Jr. chipped in with 17 points and six assists. As a team, the Mavericks shot 48 percent from the field and 13 of 36 from the three-point line but they just couldn’t get over the line despite having a chance to win it in overtime with just 6.1 seconds left on the clock. With the loss, Dallas dropped to 19-43 overall and 12-20 at home.

Meanwhile, the Chicago Bulls have won just two of their last 15 games and they will be hoping to put a halt to a five-game losing streak after falling to the Hornets in a 118-103 loss on Tuesday. Zach LaVine led the team with 21 points and four assists, Danzel Valentine added 14 points with four assists while Lauri Markkanen chipped in with 11 points. As a team, the Bulls shot 48 percent from the field and nine of 24 from the three-point line as they put up a fight against the Hornets in the first half before getting outscored by 67-52 in the second half as they had no answer for the Hornets’ Dwight Howard who poured in 24 points on 10 of 12 shooting. With the loss, Chicago dropped to 20-41 overall and 7-24 on the road.

You really couldn’t split these two teams if you were looking at the form guide as neither have been able to string together victories. However, the Mavericks almost beat the Thunder in their last outing, they’ve covered in 10 of their last 14 road games and four of their last five against the Bulls, so that’s where I’m leaning in this one.