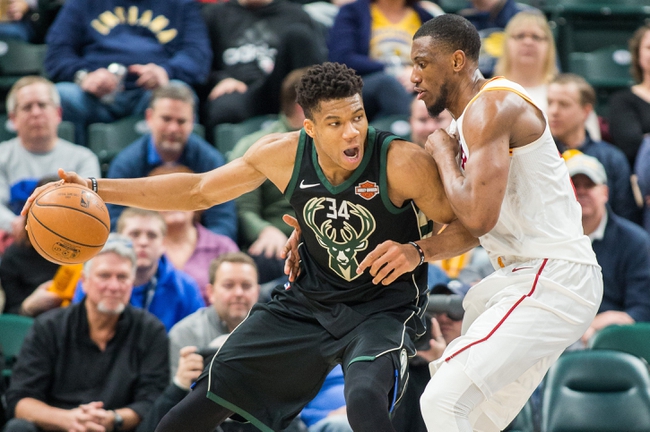 The Milwaukee Bucks play host to the Indiana Pacers at the Bradley Center on Friday night.

The Indiana Pacers have been in decent form as they’ve won 10 of their past 15 games but they will be hoping to avoid a third straight loss after falling to the Hawks in a 107-102 road loss on Wednesday. Bojan Bogdanovic led the team in scoring with 26 points, Victor Oladipo added 22 points with five assists and six steals while Lance Stephenson chipped in with 18 points off the bench. As a team, the Pacers shot 42 percent from the field and 11 of 32 from the three-point line but they just left themselves too much ground to make up after falling behind by as many as 20 points in the third quarter. Turnovers were the Pacers downfall as they committed a total of 24 leading to 31 points for the Hawks. With the loss, Indiana dropped to 34-27 overall and 13-16 on the road.

Meanwhile, the Milwaukee Bucks have been in a bit of a slump lately as they’ve lost four of their last five games and they will be aiming to snap a three-game skid after getting blown out by the Pistons in a 110-87 road loss on Wednesday. Eric Bledsoe led the team with 19 points, Khris Middleton added 17 points while Giannis Antetokounmpo chipped in with just 11 points but no other player finished in double figures. As a team, the Bucks shot just 38 percent from the field and eight of 24 from the three-point line but they just had no answer for the Pistons’ bench who outscored their bench by 63-30. With the loss, Milwaukee dropped to 33-28 overall and 14-16 on the road.

The Bucks have really been struggling lately and are coming into this game fresh off a blowout loss. The Pacers are coming off a couple of losses themselves but they won 10 of 13 before those losses so I’m looking for them to bounce back sooner rather than later. The Bucks have failed to cover in each of their last five home games and I think that continues in this one as the Oladipo and the Pacers should be good enough to avoid a third straight loss.