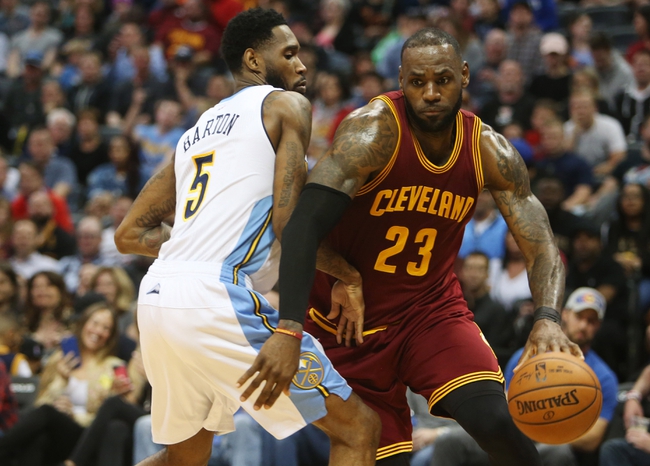 The Denver Nuggets and Cleveland Cavaliers meet Saturday in NBA action at the Quicken Loans Arena.

I'm always hesistant to lay chalk with the Cleveland Cavaliers, as this team is no better than they were before all the trades and they're having a hard time putting together consistent play. However, I'm not getting enough points to consider the Denver Nuggets. The Nuggets are on the end of a back to back and get torched defensively on the road. Speaking of defense, the Nuggets came into Friday's game allowing 118.4 points on 52 percent shooting in their last five contests. The Cavs should be able to push the pace and cover the reasonable number with fresh legs.