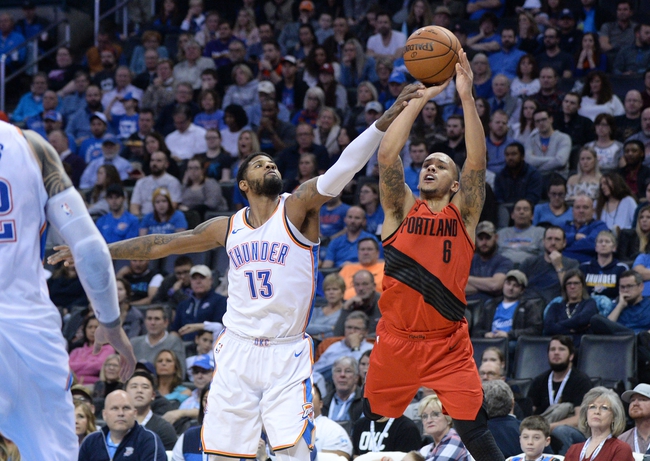 The Oklahoma City Thunder spent a lot of energy fighting off the Phoenix Suns Friday night, and know they have to play a red hot Portland Trail Blazers squad that's playing well and has their eyes on the No. 3 seed in the West. The Trail Blazers are outscoring teams by 10.6 points in their last five games and have been a covering machine at home as of late. The Oklahoma City Thunder continue to struggle with consistency, and there's sure to be some tired legs are playing such a draining game last night. The Portland Trail Blazers should have little trouble in this spot based on their current form.