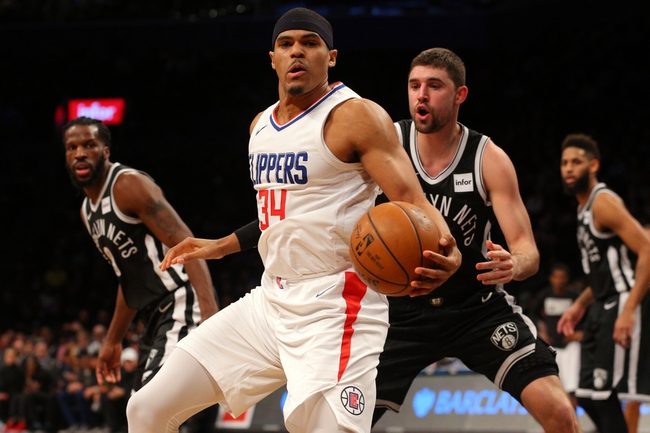 The Brooklyn Nets invade the STAPLES Center to take on the Los Angeles Clippers on Sunday night.

The Brooklyn Nets have been in terrible form as they’ve lost 14 of their last 16 games but they’ve been close in their last two games, especially in Thursday’s 116-111 overtime loss at Sacramento. DeMarre Carroll led the team with 22 points on eight of 12 shooting, Allen Crabbe added 20 points while D’Angelo Russell chipped in with a double-double of 15 points with 11 assists. As a team, the Nets shot 41 percent from the field and 17 of 46 from the three-point line but they just couldn’t get over the line as their defense slipped in the overtime period where they were outscored by 16-11. With the loss, Brooklyn dropped to 20-43 overall and 8-22 on the road.

Meanwhile, the Los Angeles Clippers have been in great form as they’ve won 10 of their past 14 games and they will be looking to stay hot after blowing past the Knicks in a 128-105 win on Friday. Lou Williams led the team in scoring with 21 points and eight assists while DeAndre Jordan, Austin Rivers and Montrezl Harrell each scored 19 points. As a team, the Clippers shot 56 percent from the field but this win was all about their dominance in the third quarter where they outscored the Knicks by 35-18 to lead by 17 points going into the fourth. With the win, Los Angeles improved to 33-28 overall which keeps them one game out of eighth spot in the Western Conference standings.

These two teams last met on Feb 12 and it was the Clippers who won by 114-101 behind 20 points from Williams. Not much has changed since then as the Nets continue to fall while the Clippers continue to rise up the standings. The Clippers need to be winning these types of games and winning them comfortably if they want to stay in contention for that final playoff spot, so I don’t see them missing on this chance. Give me the Clippers to stay hot with another win and cover in this one.