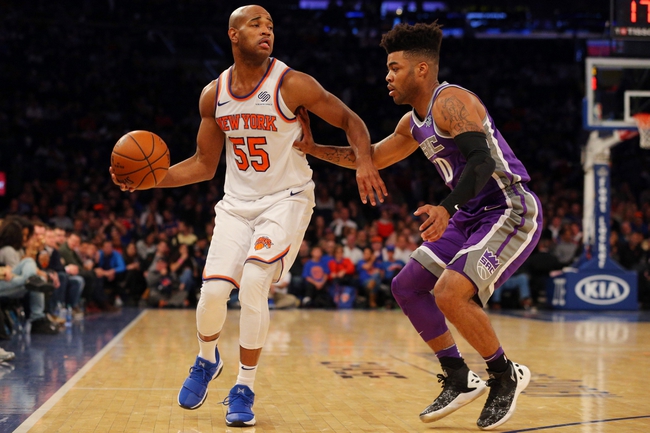 The New York Knicks and Sacramento Kings meet Sunday in NBA action at the Golden 1 Center.

The Sacramento Kings did play last night, so I guess the Knicks have an advantage in terms of rest. Still, I'm not laying chalk with either of these teams. The New York Knicks have lost 10 of their last 11 games and are allowing 121 points on 51.8 percent shooting in their last five games. That's the team you're confident in laying a bucket on the road? Yeah, uh, no. Sure, the Kings aren't much better, but at least we're getting a free bucket with the home team. If forced to pick this poor matchup, I'm taking Sacramento.