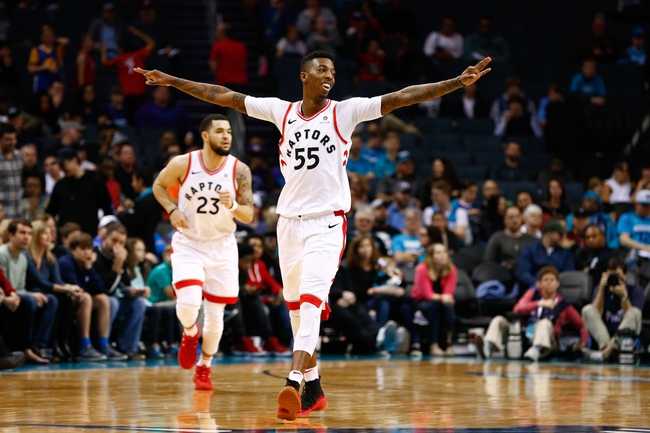 The Charlotte Hornets and Toronto Raptors meet Sunday in NBA action at the Air Canada Centre.

I tried to tell people that the Charlotte Hornets aren't a good basketball team and don't fall for their little hot streak, as it won't last long. The Hornets cooled off just as quickly as they heated up, and they're allowing 52 percent shooting in their last five games. The Toronto Raptors have caught fire, outscoring teams by 14 points in their last five games, 12 points at home this season and have covered nine of their last 11 games. The Raptors are also 10-3 ATS this season when favored by at least nine points. I'll lay the chalk.