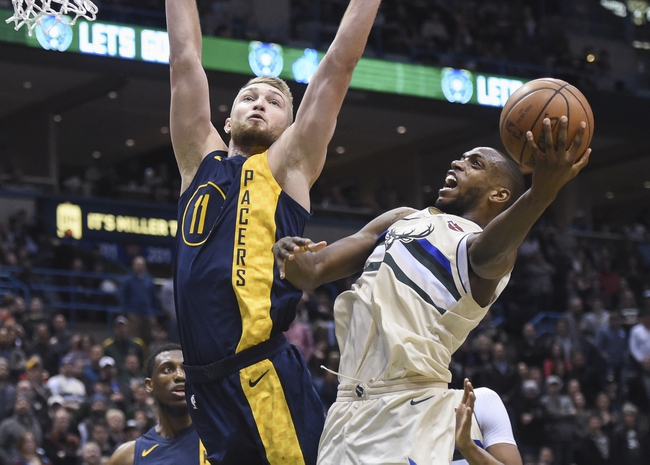 The Milwaukee Bucks and Indiana Pacers meet Monday in NBA action at the Bankers Life Fieldhouse.

You have to question just how much the Milwaukee Bucks have left in the tank after playing such a crazy game last night against the 76ers in which they overcame a 20-point and a 19-point hole. It's not easy to get up for a game after such an emotional rollar coaster. The Indiana Pacers continue to play consistent basketball and are really explosive offensively at home. The Pacers are also 9-4 ATS this season when a favorite under four points. I'll lay the bucket with the home team here.