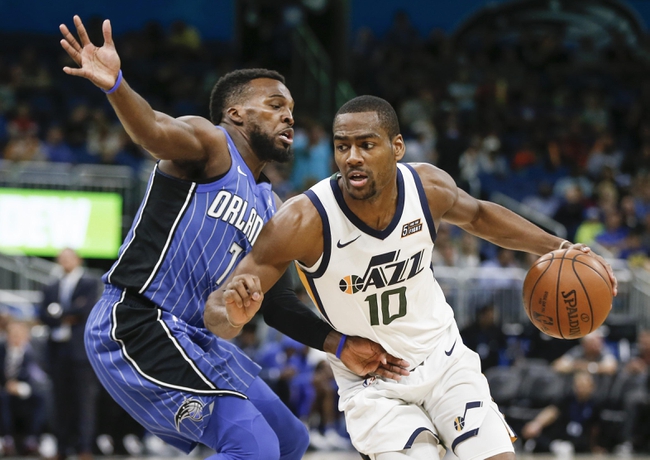 The Orlando Magic fly to the Vivint Smart Home Arena to do battle with the Utah Jazz on Monday night.

The Orlando Magic have lost 11 of their past 17 games but they will be gunning for a third straight win after sneaking past the Grizzlies in a 107-100 home win on Saturday. Nikola  Vucevic and Evan Fournier each scored 19 points while DJ Augustin and Mario Hezonja each contributed 16 points. As a team, the Magic shot 50 percent from the field and eight of 25 from the three-point line but in a game that was closely contested throughout, the Magic turned to Fournier who broke a tie with a clutch three-pointer with just 22.5 seconds left on the clock before the rookie Jonathan Isaac sealed the win with his third block of the game. With the win, Orlando improved to 20-43 overall and 13-18 at home.

Meanwhile, the Utah Jazz have quietly been one of the hottest teams in the league as they’ve won 14 of their last 16 games and they will be gunning for a third straight win after sneaking past the lowly Kings in a 98-91 road win on Saturday. Donovan Mitchell led the team with 27 points and five assists, Rudy Gobert finished with a double-double of 16 points with 12 rebounds while Derrick Favors chipped in with 15 points. As a team, the Jazz shot just 41 percent from the field but they dominated the Kings for most of the game, leading by as many as 16 points late in the third quarter before the Kings made a run late in the fourth. With the win, Utah improved to 33-30 overall and 13-19 on the road.

The Magic have found a bit of form with a couple of wins on the trot, but they only just got past the Grizzlies who were already riding a 12-game losing streak going into the game. The Jazz have really been one of the hottest teams lately but they haven’t been too dominant when playing the Magic in the past as the Magic are 5-0 ATS in the last five meetings in Utah. I’d be very surprised if the Jazz lost this game but the Magic have covered in nine of their last 10 road games so I’ll take my chances with a double-digit head start in this one.