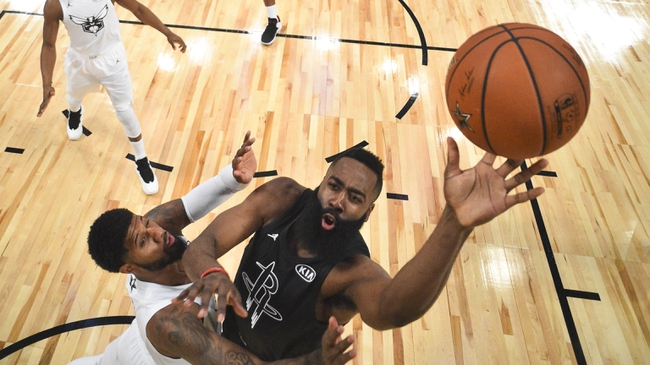 The Houston Rockets and the Oklahoma City Thunder duke it out at the Chesapeake Energy Arena on Tuesday night.

The Houston Rockets have been the hottest team in the league and they will be gunning for a season-high 16th straight win after sneaking past the Celtics in a thrilling 123-120 home win on Saturday. James Harden led the team with 26 points, seven rebounds, 10 assists and five steals, Eric Gordon added 29 points off the bench while Trevor Ariza chipped in with 21 points. As a team, the Rockets shot 44 percent from the field and 19 of 49 from the three-point line but it wasn’t easy as they were actually trailing by six points with 3:00 left until they closed the game on a 16-7 run. With the win, Houston improved to 49-13 overall and 25-6 at home where they have won 10 in a row.

Meanwhile, the Oklahoma City Thunder have been in decent form as they’ve won seven of their past 11 games but they will be looking to bounce back after having their three-game win streak snapped by the Trailblazers in a 108-100 road loss on Saturday. Russell Westbrook led the team with 30 points, 11 rebounds and six assists while shooting 12 of 31 from the field, Paul George added 21 points while Carmelo Anthony chipped in with 12 points. As a team, the Thunder shot 44 percent from the field and a miserable six of 27 from the three-point line as they battled with the Trailblazers from start to finish but Westbrook’s shot selection was poor and they couldn’t get anything to drop from the three. With the loss, Oklahoma City dropped to 37-28 overall and 16-18 on the road.

The Thunder have been in pretty good form and they do have a bit of an excuse as they were playing their second road game of a back to back set against the red-hot Trailblazers. However, I just can’t go past the Rockets while they’re this hot as they haven’t lost a home game since Jan 4 when they lost to the Warriors. The Thunder won the team’s only meeting by 112-107 back on Christmas Day, but I think the Rockets get revenge with a win and cover in this one.