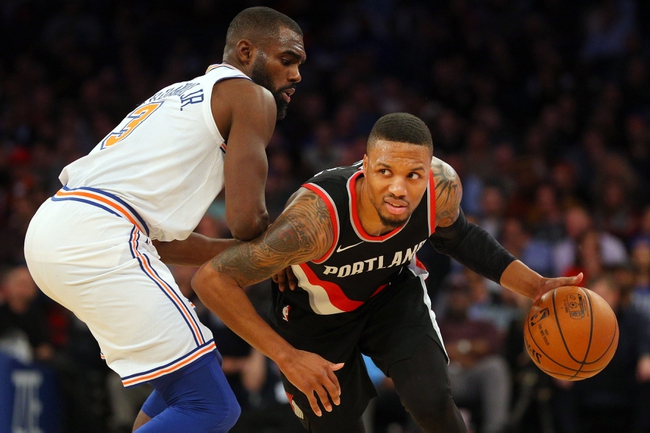 The Portland Trail Blazers are on the end of a back to back and spent a lot of energy making a big fourth quarter comeback to beat the Los Angeles Lakers. The points may hold some value, but do you really trust a New York Knicks team that's failed to cover 10 of their last 11 games? How about a Knicks team that's allowing nearly 118 points on 50 percent shooting in their last five games? Yeah, me neither. The Trail Blazers are playing their best ball of the season and want that No. 3 seed bladly. This is another Knicks game that could get ugly.