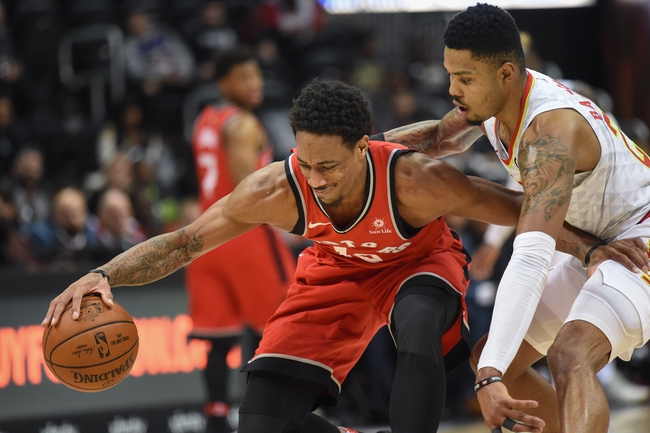 The Atlanta Hawks travel to the Air Canada Centre to battle the Toronto Raptors on Tuesday night.

The Atlanta Hawks have been doing it tough as they’ve lost five of their last seven games but they will be looking to build on Sunday’s 113-112 home win over the Suns. Taurean Prince led the team with 22 points, Dennis Schroder added 21 points with six assists while the bench combined for 47. As a team, the Hawks shot 45 percent from the field and an impressive 17 of 33 from the three-point line but the game went down to a single play as Prince hit a clutch three-pointer with 7.6 seconds remaining to help the Hawks over the line. With the win, Atlanta improved to 20-44 overall and 15-19 at home.

Meanwhile, the Toronto Raptors have been on a tear lately as they’ve won 11 of their last 12 games and they will be gunning for a fifth straight win after sneaking past the Hornets in a 103-98 home win on Sunday. DeMar DeRozan led the team with 19 points and eight assists, Jonas Valanciunas added 18 points with 13 rebounds while Serge Ibaka chipped in with 17 points. As a team, the Raptors shot 42 percent from the field and 12 of 41 from the three-point line as they led by as many as 13 points to start the fourth quarter before having to fight off a late rally to escape with the narrow win.

The Hawks have been struggling lately but they’ll come into this game with some confidence after winning in their last outing, but they really have nothing to play for at this point of the season. On the other hand, the Raptors are sitting pretty atop the Eastern Conference standings and they will need to keep winning to keep their two-game lead over the Celtics. The Raptors have covered in nine of their last 12 games and in four of their last five against the Hawks, so I’m banking on those trends to continue.