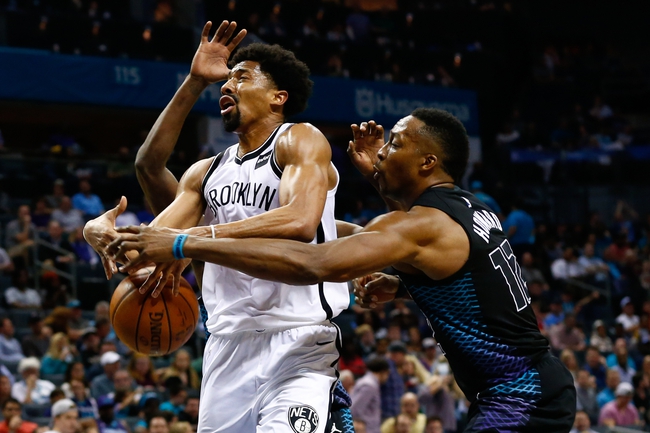 The Brooklyn Nets and the Charlotte Hornets duke in out at the Spectrum Center on Thursday night.

The Brooklyn Nets have been in terrible form as they’ve lost 12 of their last 13 games and they will be hoping to avoid a fifth straight loss after falling to the Warriors in a 114-101 road loss on Tuesday. D’Angelo Russell led the team with 20 points and eight assists, DeMarre Carroll added 19 points while Spencer Dinwiddie chipped in with 13 points and six assists. As a team, the Nets shot 42 percent from the field and nine of 34 from the three-point line as they dominated the second quarter to take a five-point lead going into halftime after trailing by as many as 21 points early in the game, but they just couldn’t hang with the Warriors in the second half. With the loss, Brooklyn fell to 20-45 overall and 8-24 on the road.

Meanwhile, the Charlotte Hornets have lost eight of their last 13 games and they will be hoping to snap a four-game skid after falling to the 76ers in a 128-114 home loss on Tuesday. Dwight Howard led the team with 30 points on 12 of 17 shooting, Nicolas Batum added 12 points with 10 assists while Marvin Williams chipped in with 11 points. As a team, the Hornets shot 50 percent from the field and 11 of 29 from the three-point line, but they had no answer for the 76ers on defense in the first half where they were outscored by 71-59. The Hornets also needed more from Kemba Walker who finished with just five points and seven assists on one of nine shooting from the field. With the loss, Charlotte dropped to 28-37 overall and 18-16 at home.

The Nets don’t have much to play for at this stage of the season and it shows in their results as they’ve won just one game since the start of February. The Hornets haven’t fared much better lately but they haven’t been terrible and they’ve already beaten the Nets by double digits in the team’s only meeting this season. The Nets did a great job of hanging around with the Warriors in their last outing and they have covered in six of the last seven against the Hornets, so I think they do just enough to get the cover in this one as well.