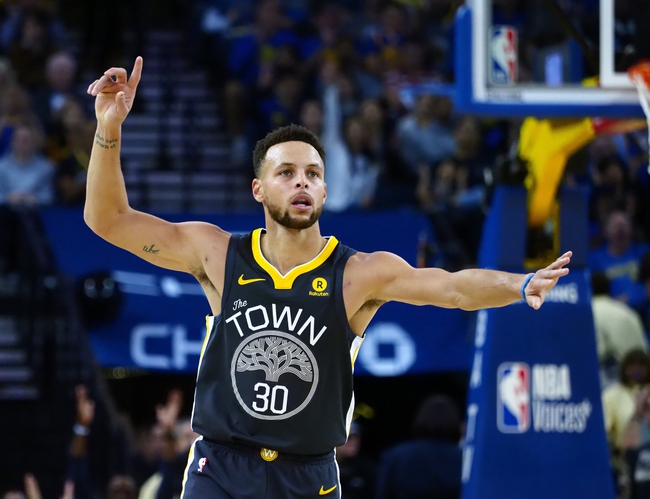 The San Antonio Spurs take on the Golden State Warriors at the Oracle Arena on Thursday night.

The San Antonio Spurs haven’t been at their best as they’ve lost six of their last 11 games but they were able to snap a two-game skid with a hard-fought 100-98 home win over the Grizzlies on Monday. Tony Parker led the team with 23 points and four assists on 10 of 14 shooting off the bench, Davis Bertans added 17 points while Danny Green chipped in with 14 points. As a team, the Spurs shot 46 percent from the field and six of 22 from the three-point line but with LaMarcus Aldridge scoring just seven points in his return from a one-game absence, the night really belonged to Parker who turned back the clock with his best game of the season. With the much-needed win, San Antonio improved to 37-27 overall and 23-8 at home.

Meanwhile, the Golden State Warriors have been in great form as they’ve won nine of their last 10 games and they will be gunning for a seventh straight win after taking down the Nets in a 114-101 home win on Tuesday. Stephen Curry led the team with 34 points on 12 of 20 shooting, Kevin Durant added 19 points, Klay Thompson added 18 points while Draymond Green chipped in with 16 points and nine assists. As a team, the Warriors shot a healthy 56 percent from the field and 11 of 23 from the three-point line but they didn’t make it easy for themselves as they really had to battle in the second half after blowing a 21-point lead in the first half to trail by five points going into halftime. With the win, Golden State improved to 50-14 overall and 25-7 at home.

The Spurs have really been doing it tough lately as they’re struggling to string together wins and they could’ve easily lost to the lowly Grizzlies on Monday if not for a classic performance from Parker. The Warriors haven’t been at their best themselves but they’ve won eight of their last nine games and six of those wins have been 13 points or more. The Warriors have also already beaten the Spurs twice this season by double digits and they’ve covered in each of the last five meetings, so I’m sticking with the Warriors in this one.