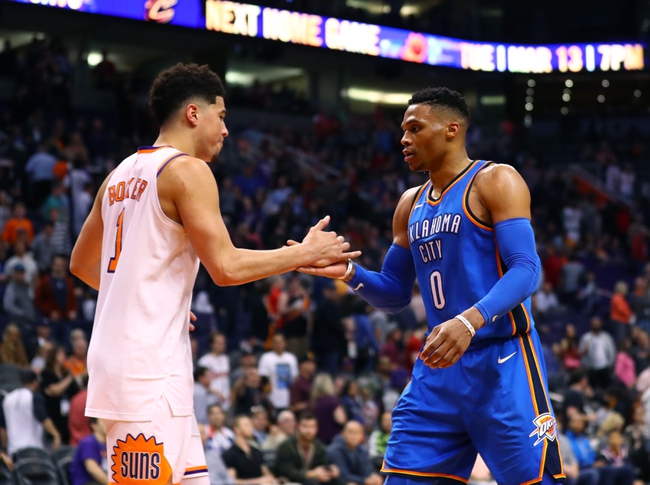 The Oklahoma City Thunder are obviously the better team and have things to play for, while the Phoenix Suns are in full tank mode and can't get stops defensively. However, OKC continues to be a hot and cold team that plays down to its comp, and you're never sure what you're going to get each night. The Oklahoma City Thunder are just 4-4 ATS this season as double-digit favorites, while the Phoenix Suns are 11-7 ATS when a double-digit underdog. The Suns can score the ball, and if OKC has another performance where its sleep walking, this game could be close. Give me the points.