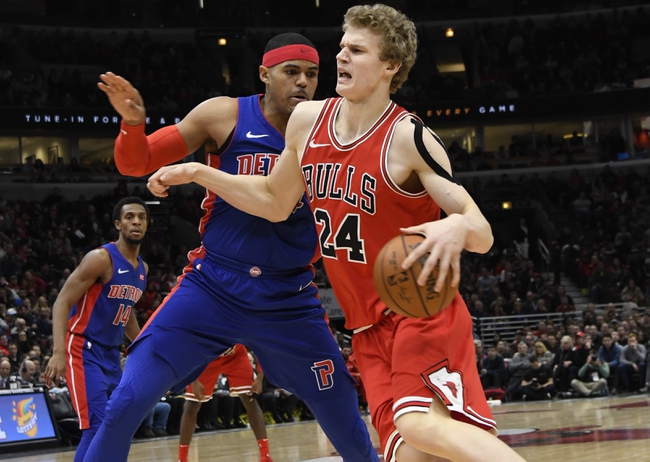 The Chicago Bulls and Detroit Pistons meet Friday in NBA action at the Little Caesars Arena.

The Chicago Bulls are no longer the covering machine they were about a month ago, and the defense seems to be taking an even bigger step back. However, I'm not sure how anybody can lay decent sized chalk with a Detroit Pistons squad that's lost four straight, can't score the basketball with any consistency and is falling deeper and deeper out of the playoff race. It won't be long before the Pistons season is finished and the regular season becomes pointless. The Pistons are a disappointing team with failed expectations, while the Bulls are an energetic club that sometimes forgets they're supposed to be tanking. I'll take the points here, even if it's more of a fade from the Pistons.