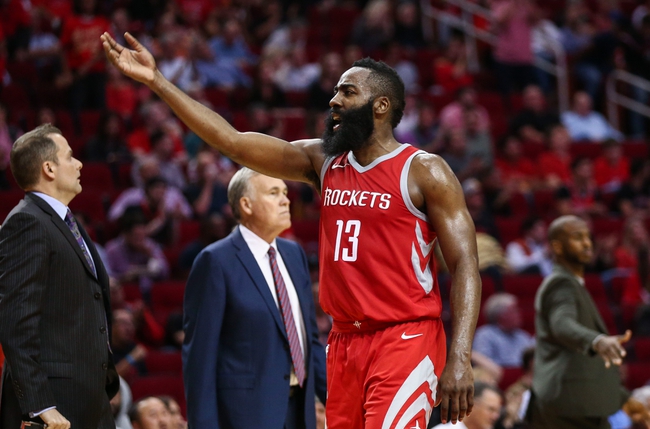 The Houston Rockets look to stay hot when they take on the Toronto Raptors at the Air Canada Centre on Friday night.

The Houston Rockets are sitting pretty atop the Western Conference standings and they will be aiming for an 18th straight win after taking down the Bucks in a 110-99 road win on Wednesday. James Harden led the team with 26 points and six assists, Eric Gordon provided the spark off the bench with 18 points while Chris Paul chipped in with 16 points and 11 assists. As a team, the Rockets shot 47 percent from the field and 14 of 40 from the three-point line as they cruised past the Bucks in the second half after dominating the second quarter by 34-24 to take a 12-point lead going into halftime. With the win, Houston improved to 51-13 overall and 26-7 on the road.

Meanwhile, the Toronto Raptors have probably been the second hottest team in the league lately as they’ve won 13 of their last 14 games and they will be gunning for a seventh straight win after sneaking past the Pistons by 121-119 in overtime on Wednesday. DeMar DeRozan led the team with 42 points and six assists while shooting 16 of 28 from the field, Norman Powell added 17 points while Kyle Lowry chipped in with 15 points, seven rebounds and 15 assists. As a team, the Raptors shot 45 percent from the field and 12 of 40 from the three-point line as they escaped Detroit with the clutch win thanks to a clutch basket and assist from DeRozan. With the win, Toronto improved to 47-17 overall and 20-12 on the road.

Two of the hottest teams in the league collide at the Air Canada Centre and a win for either team would be massive. The Rockets have been getting it done with the backcourt duo of Paul and Harden but they’ve been getting plenty of support from role players like Clint Capela and Gordon. The Raptors haven’t been quite as reliant on their starting backcourt as their second unit has really grown to become one of the best in the league. You could make an argument for either side here, but it’s too hard to back against the Rockets the way they’ve been playing, so I’ll take them in this one.