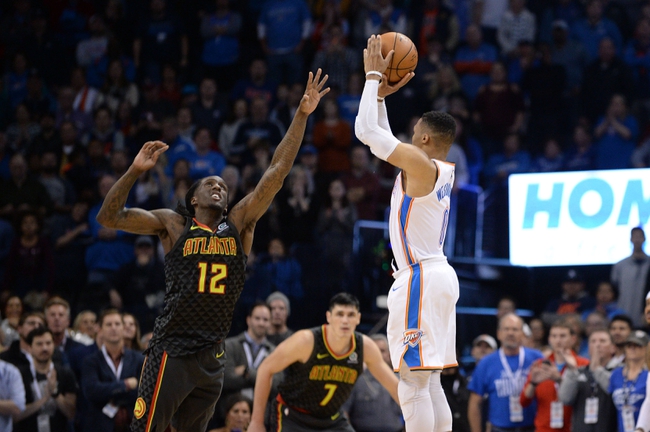 The Oklahoma City Thunder and Atlanta Hawks meet Tuesday in NBA action at the Philips Arena.

It seems like nothing comes easy for the Oklahoma City Thunder, as they play down to their comp constantly and find ways to lose games they shouldn't. Playing on the end of a back to back makes this game scary. But the Atlanta Hawks are resting guys, tanking for a better draft pick and being outscored by more than 10 points in their last five games. If OKC can't open this game up and cover, I don't know what to tell you.