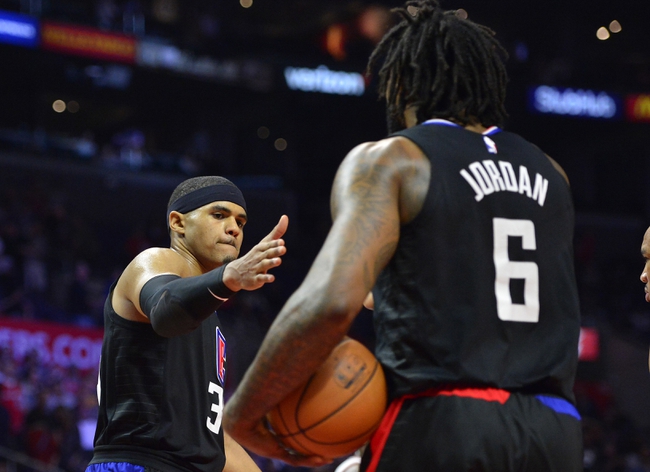 The Los Angeles Clippers pay a visit to the Chicago Bulls at the United Center on Tuesday night.

The Los Angeles Clippers have been in pretty good form lately as they’ve won six of their last eight games and they will be looking for a third straight win after taking down the Magic in a 113-105 win on Saturday. Lou Williams was inserted into the starting lineup and led the team with 25 points, Tobias Harris added 21 points while Milos Teodosic chipped in with 15 points and seven assists off the bench. As a team, the Clippers shot 52 percent from the field and seven of 18 from the three-point line but they really had to battle the entire game until they went on a decisive 10-1 early in the fourth quarter to gain some separation. With the win, Los Angeles improved to 36-29 overall and 20-14 at home.

Meanwhile, the Chicago Bulls have lost seven of their last 10 games but they will be aiming for a fourth win in six games after taking down the Hawks in a 129-122 road win on Sunday. Zach LaVine and Bobby Portis led the team with 21 points apiece, Lauri Markkanen added 19 points while Danzel Valentine chipped in with 12 points, six rebounds and seven assists. As a team, the Bulls shot 49 percent from the field and 17 of 37 from the three-point line but you can credit this win to the Bulls’ reserves who really turned the game in the second quarter where they outscored the Hawks by 33-16. With the win, Chicago improved to 23-43 overall and 8-25 on the road.

The Clippers have been steadily building momentum and need to keep winning to hang onto that eighth seed, but they’ve run into a young Bulls team who have suddenly found a bit of form with three wins on their last five games. However, the betting trends are mostly in favor of the Clippers who have covered in eight of the last 11 overall against the Bulls and six of the last seven in Chicago. There is just too much on the line for the Clippers in this one so I’m banking on them to take care of business with a comfortable win here.