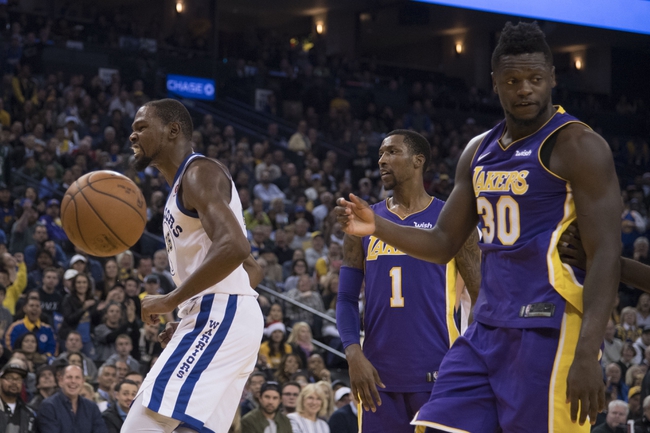 The Los Angeles Lakers are playing their best ball in years and will enter this game with a great deal of confidence considering they're one of the hotter teams in the second half. The Golden State Warriors are already without Curry, but Draymond Green and David West are out as well, and Klay Thompson is questionable. I can't lay chalk this big with a ton of key players banged up or not playing. I'll take my chances with the Lakers and the points.