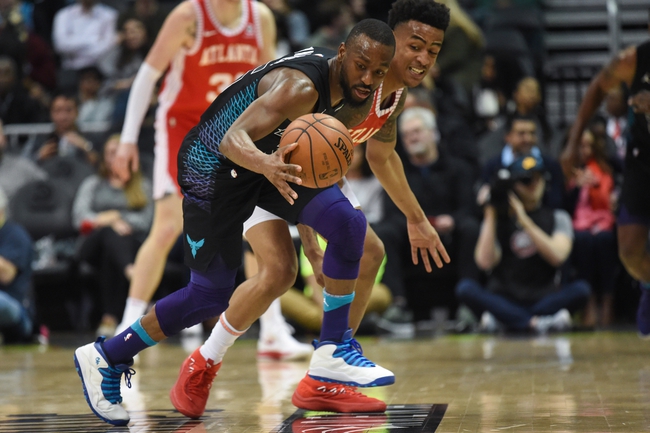 The Charlotte Hornets and the Atlanta Hawks duke it out at the Philips Arena on Thursday night.

The Charlotte Hornets have been in a slump as they’ve lost six of their last seven games and they will be looking to bounce back after Tuesday’s 119-115 loss at New Orleans. Dwight Howard and Kemba Walker led the team with 22 points each, Frank Kaminsky added 21 points off the bench while Nicolas Batum chipped in with 20 points and eight assists. As a team, the Hornets shot 48 percent from the field and seven of 26 from the three-point line but they couldn’t contain the Pelicans who scored 78 points in the paint and 28 points on the fast break. With the loss, Charlotte dropped to 29-39 overall and 10-22 on the road.

Meanwhile, the Atlanta Hawks have lost nine of their last 11 games and they will be hoping to snap a four-game skid after falling to the Thunder in a 119-107 home loss on Tuesday. Taurean Prince led the team with 25 points, Dennis Schroder added 18 points with eight assists and John Collins chipped in with 10 points and nine rebounds. As a team, the Hawks shot 42 percent from the field and 13 of 31 from the three-point line as they poured in 38 points in the second quarter to take a 12-point lead going into halftime, but they fell to pieces in the second half where the Thunder outscored them by 65-41. With the loss, Atlanta dropped to 20-48 overall and 15-21 at home.