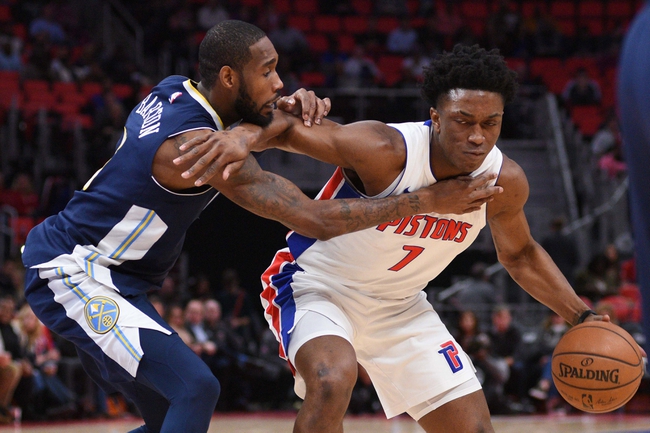 The Detroit Pistons and Denver Nuggets meet Thursday in NBA action at the Pepsi Center.

The Detroit Pistons seem to be a team that just can't wait for the offseason, as the losses are piling up, the offense is struggling big time and they're being outscored by almost 10 points in their last five games. The Pistons have also covered just three of their last 16 road games. No, thanks. The Denver Nuggets have played their best ball by far this season at home where they shoot over 48 percent from the field, and they need to win games liek this if they're going to stay in the playoff race. I'll take the Nuggets by double digits.