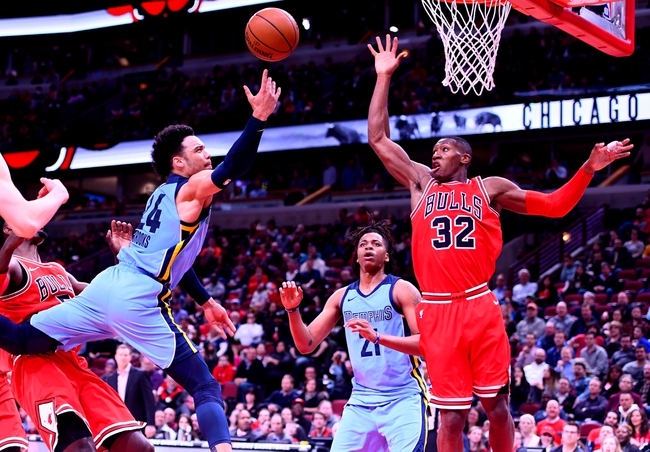 Two struggling teams collide tonight as the Chicago Bulls and the Memphis Grizzlies do battle at the FedExForum on Thursday.

The Chicago Bulls have lost eight of their last 11 games but they haven’t been too bad lately as they’ve split their last six games after falling to the Clippers in a 112-106 loss on Tuesday. Bobby Portis led the team with 10 points and nine rebounds off the bench, Kris Dunn added 18 points with six assists while David Nwaba chipped in with 15 points. As a team, the Bulls shot 42 percent from the field and seven of 29 from the three-point line as they hung around for most of the game until the Clippers went on a decisive 14-4 run in the fourth quarter to put the game to bed. With the loss, Chicago dropped to 23-44 overall and 15-19 at home.

Meanwhile, the Memphis Grizzlies just haven’t been able to buy a win lately as they fell to the Bucks in a 121-103 home loss on Monday for their 18th straight loss. Marc Gasol led the team with 17 points, while Dillon Brooks, Ben McLemore and Jarrell Martin scored 16 points each. As a team, the Grizzlies shot 47 percent from the field and nine of 27 from the three-point line which was never enough to hang with the Bucks who shot a sizzling 58 percent from the field. The Grizzlies never really threatened after falling behind by 14 points at halftime as they fell to 18-49 overall and 13-22 at home.

The Bulls have found a bit of form with three wins in their last six outings and they’ve already beaten the Grizzlies by 119-110 back just a week ago, so I’m a little surprised that the Grizzlies have actually opened as the slight betting favorite in this one. This one could easily go either way as neither team has anything to play for at this stage of the season, but I’m sticking with the Bulls in this one.