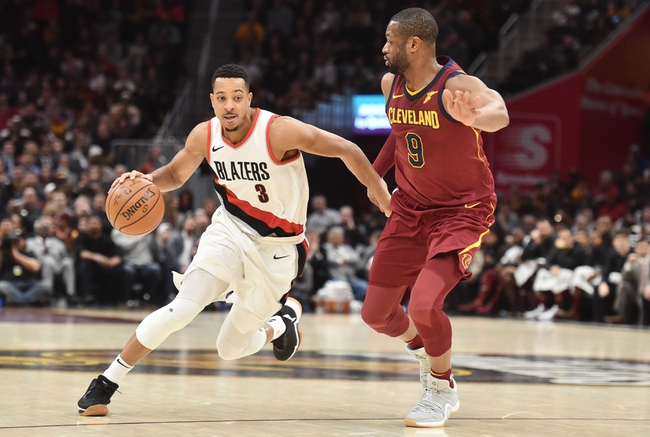 The Portland Trailblazers play host to the Cleveland Cavaliers at the Moda Center on Thursday night.

The Cleveland Cavaliers have been in a little shaky lately but they’ve won three of their last five games and will be looking to build on Tuesday’s 129-107 road win at Phoenix. LeBron James led the team with a triple-double of 28 points with 13 rebounds and 11 assists, Jordan Clarkson added 23 points off the bench while Kyle Korver drained five treys on his way to 22 points. As a team, the Cavaliers shot 49 percent from the field and 17 of 35 from the three-point line but this game was a forgone conclusion after the Cavaliers dominated the first quarter to take an early 20-point lead. With the easy win, Cleveland improved to 39-28 overall and 17-17 on the road.

Meanwhile, the Portland Trailblazers have been in great form as they will be aiming for a 11th straight win after blowing past the shorthanded Heat in a 115-99 home win on Monday. Damian Lillard bombed seven three-pointers on his way to 32 points with 10 assists, Jusuf Nurkic added 27 points with 16 rebounds while CJ McCollum chipped in with 17 points and five assists. As a team, the Trailblazers shot 45 percent from the field and 14 of 36 from the three-point line as they cruised after leading by double digits for most of the game. With the win, Portland improved to 41-26 overall and 23-11 at home where they have won seven in a row.

The Cavaliers’ form has been suspect over the past couple of weeks but they were able to shake off some cobwebs with an easy blowout over the Suns in their last outing. However, while the Cavaliers are still trying to gel as a team, the Trailblazers have been running through teams thanks largely to Lillard who has lights out against the Heat on Monday. The Trailblazers have covered in 15 of their last 21 home games and I think that trend continues in this one as they win their 11th straight.