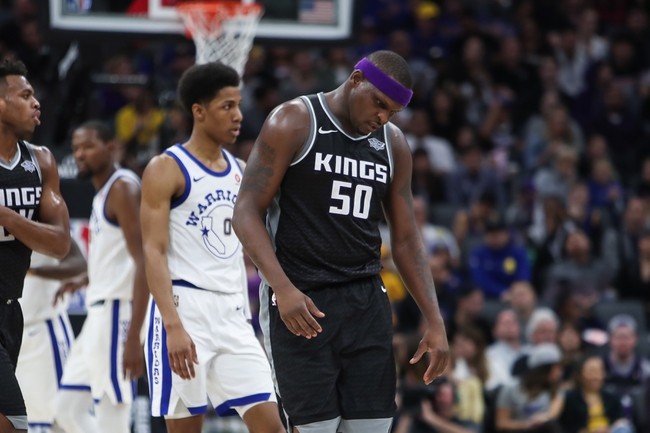 The Sacramento Kings pay a visit to the Oracle Arena to battle the Golden State Warriors on Friday night.

The Sacramento Kings really don’t have much to play for at this stage of the season but that hasn’t stopped them from picking up a few wins as they’re now winners in four of their last eight following Wednesday’s 123-119 overtime win over the Heat. Buddy Hield led the team with 24 points off the bench, Zach Randolph added 22 points while De’Aaron Fox chipped in with 20 points. As a team, the Kings shot 51 percent from the field and eight of 24 from the three-point line as they regrouped to win in a thrilling overtime after blowing a 16-point fourth quarter lead. With the win, Sacramento improved to 22-47 overall and 12-22 at home.

Meanwhile, the Golden State Warriors have won 11 of their past 14 games and they will be looking to stay hot after taking down the in-form Lakers in a 117-106 home win on Wednesday. Kevin Durant led the team with 26 points and six assists, Nick Young was inserted into the starting lineup and finished with 18 points while Omri Casspi chipped in with 15 points off the bench. Zaza Pachulia scored 10 points with 12 rebounds and five assists in his return to the court while Shaun Livingston chipped in with 13 points. As a team, the Warriors shot 55 percent from the field as they outscored the Lakers by 62-51 in the second half to run away with the game after a tightly contested first half. With the win, Golden State improved to 52-16 which keeps them within two games of first-placed Houston.

The have really found a bit of form despite having little to play for at this stage of the season and they will be feeling good following their overtime win on Wednesday. However, while the Warriors will again be without Stephen Curry and Klay Thompson, they should still be able to get the win at home to stay in touch with the Rockets in the Western Conference standings. The Kings have covered in eight of their last 11 road games and I think that trend continues as the Warriors win this one, but only by single digits.