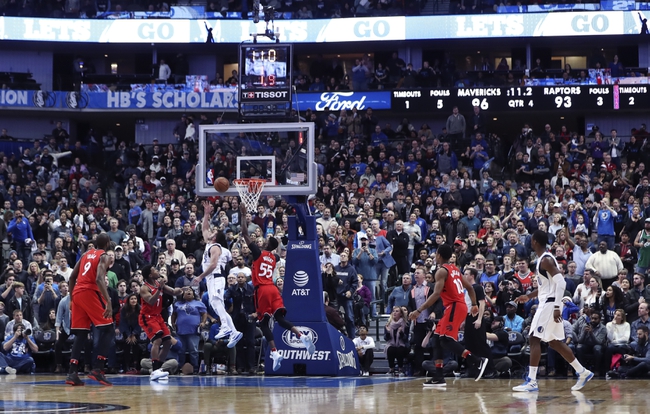 The Dallas Mavericks and Toronto Raptors meet Friday in NBA action at the Air Canada Centre.

The Dallas Mavericks have actually been playing decent ball lately, winning four of their last eight games and covering 11 of their last 16 on the road. The problem is the Toronto Raptors remain one of the hottest teams in the league and are consistently beating teams by double digits. The Raptors are also 9-3 ATS this season when a double-digit favorite. The Dallas Mavericks are just 3-8 ATS this season when a double-digit underdog. Give me the Raptors in a blowout victory, even if I don't like laying big numbers, especially with teams on the end of a back to back.