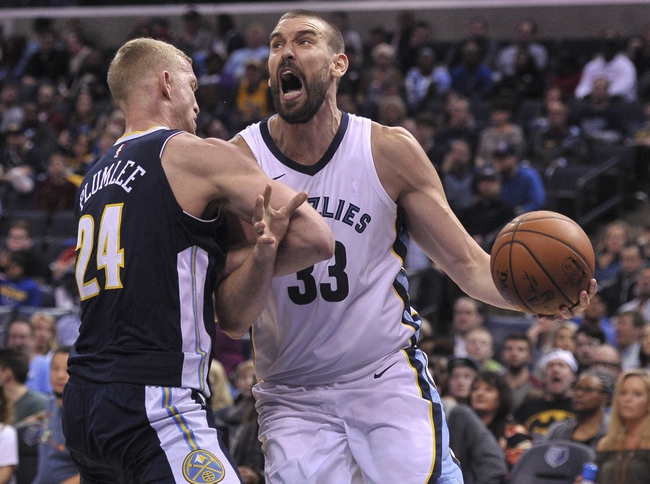 The Denver Nuggets and the Memphis Grizzlies collide at the FedExForum in NBA action on Saturday night.

The Denver Nuggets have been in pretty solid form as they’ve won five of their last eight games and they will be looking to build on Thursday’s 120-113 home win over the Pistons. Jamal Murray led the team in scoring with 26 points, Nikola Jokic added a triple-double of 23 points with 12 rebounds and 10 assists while Will Barton chipped in with 23 points on eight of 16 shooting off the bench. As a team, the Nuggets shot 50 percent from the field and 12 of 28 from the three-point line but they must’ve been nervous late in the game as the Pistons cut a 26-point deficit to just five points in the fourth quarter before the Nuggets closed it out. With the win, Denver improved to 38-31 overall which is currently good for 10th place in the Western Conference standings.

Meanwhile, the Memphis Grizzlies just haven’t been able to buy a win lately as they will be looking to snap an ugly 19-game losing streak after falling to the Bulls in a 111-110 home loss on Thursday. Tyreke Evans led the team with 25 points and nine assists, Marc Gasol added 21 points with 10 rebounds and eight assists while Dillon Brooks and JaMychal Green each scored 15 points. As a team, the Grizzlies shot 43 percent from the field and 13 of 35 from the three-point line as they looked set to break their losing streak, but with just 1.8 seconds left in the game, the Bulls’ Antonio Blakeney made a couple of free throws to steal the game at the death. With the loss, Memphis fell to 18-50 overall and 13-23 at home.

The Nuggets have been playing pretty good basketball lately with Jokic remaining a nightly triple-double threat and they need to keep winning to stay in the race for the eighth spot in the Western Conference standings. The Grizzlies have been in terrible form lately and they don't really have much to play for at this late stage of the season, so I'm keeping it simple and sticking with the in-form Nuggets to stay hot with an important win and cover in this one.