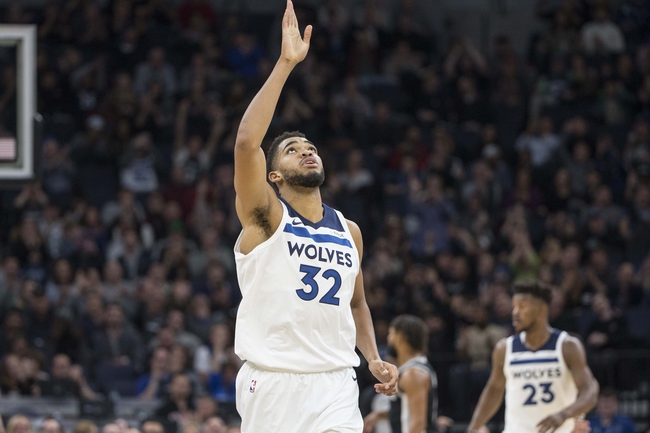 The Minnesota Timberwolves pay a visit to the AT&T Center to battle the San Antonio Spurs on Saturday night.

The Minnesota Timberwolves have won six of their past 11 games and they will be aiming for a third straight win after sneaking past the Wizards in a 116-111 road win on Tuesday. Karl-Anthony Towns led the team with 37 points on 13 of 17 shooting, Nemanja Bjelica added 17 points with eight rebounds and seven assists while Andrew Wiggins chipped in with 16 points. As a team, the Timberwolves shot 53 percent from the field and seven of 21 from the three-point line but they really left their run late as they were actually trailing by as many as 10 points early in the fourth quarter before going on a 20-3 run to take control of the game. With the win, Minnesota improved to 40-29 overall which is currently good for fifth place in the Western Conference standings.

Meanwhile, the San Antonio Spurs have been in poor form as they’ve lost nine of their past 13 games but they will be aiming for a third straight win after sneaking past the Pelicans in a 98-93 home win on Thursday. LaMarcus Aldridge led the team with 25 points on 11 of 27 shooting, Dejounte Murray added 18 points with 12 rebounds and four steals while Manu Ginobili chipped in with 11 points off the bench. As a team, the Spurs shot just 37 percent from the field and seven of 26 from the three-point line as they held on for the narrow victory after seeing their 10-point fourth quarter lead cut to just one with 3:26 left on the clock. With the win, San Antonio improved to 39-30 overall which is currently good for eighth place in the Western Conference standings.

The Timberwolves have been a little inconsistent lately but they looked good in their road win at Washington as Towns put on a show and you could say the same thing about the Spurs who are coming into this game fresh off a nice win over the in-form Pelicans. The Timberwolves have been a poor road team all season and they’ve covered in just four of their last 16 road games but they’ve already beaten the Spurs once this season and I think they can pull off the upset in this one.