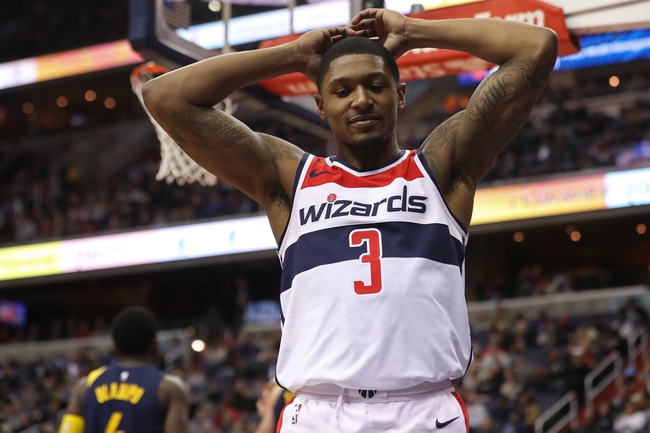 The Indiana Pacers and the Washington Wizards duke it out at the Capital One Arena on Saturday night.

The Indiana Pacers have been in great form as they’ve won 10 of their last 14 games but they will be looking to bounce back after falling to the Raptors in a 106-99 home loss on Thursday. Darren Collison led the team with 22 points off the bench, Al Jefferson added 20 points while Victor Oladipo chipped in with 18 points. As a team, the Pacers shot just 43 percent from the field and seven of 24 from the three-point line as they really took it to the Raptors to lead by as many as 10 points in the second quarter, but they had no answer in the second half where they were outscored by 57-42. With the loss, Indiana dropped to 40-29 overall which is still good for third place in the Eastern Conference standings.

Meanwhile, the Washington Wizards have been in a bit of a slump as they’ve lost five of their last eight games but they will be aiming for their fourth win in five games after escaping Boston with a 125-124 double overtime win on Wednesday. Bradley Beal led the team with 34 points, seven rebounds and nine assists, Markieff Morris added 20 points with four assists while Otto Porter Jr. chipped in with 18 points and 11 rebounds. As a team, the Wizards shot 47 percent from the field and 12 of 32 from the three-point line as they rallied all the way back from a 20-point deficit to take down the shorthanded Celtics in the second overtime period. With the win, Washington improved to 39-30 overall which is currently good for fifth place in the Eastern Conference standings.

The Pacers have been solid lately and they've ahd the better of this matchup as they've covered in nine of the last 10 meetings in Washington. With that being said, the Wizards played great in their thrilling double overtime win over the Celtics, but the road team has covered in 23 of the last 28 meetings and I think that trend continues as the Pacers get the cover and maybe even the win on the road.