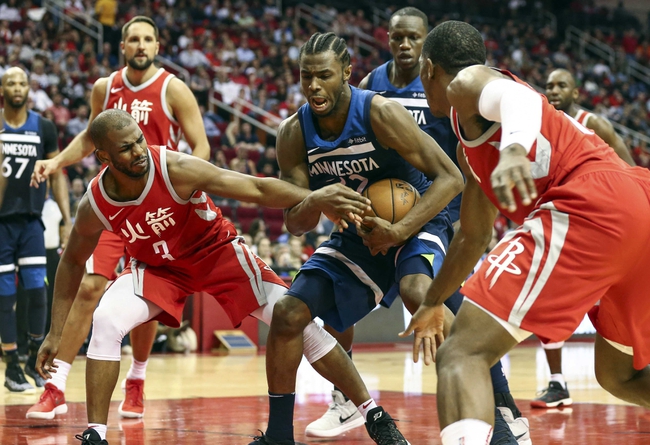 The Houston Rockets and Minnesota Timberwolves meet Sunday in NBA action at the Target Center.

The Houston Rockets are obviously the better team and have been covering numbers while piling up SU wins at an insane clip. However, the Minnesota Timberwolves play their best ball by far at home and need this game in the worst way, as they're in danger of falling to the eighth seed or even missing the playoff altogether if these losses continue. The Timberwolves have also covered a great deal of games at home. The Rockets probably win outright, but there's value with the points here.