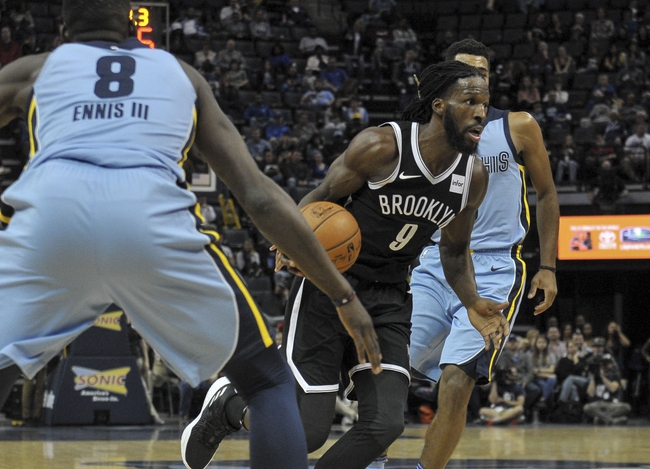 The Memphis Grizzlies invade the Barclays Center to take on the Brooklyn Nets on Monday night.

The Memphis Grizzlies have been struggling mightily for a long time now but they will actually be breathing a major sigh of relief after snapping a 19-game losing streak with a 101-94 win over the Nuggets on Saturday. Dillon Brooks led the team with 24 points on eight of 17 shooting, Tyreke Evans added 20 points with seven assists while Wayne Selden chipped in with 16 points off the bench. As a team, the Grizzlies shot just 40 percent from the field and 13 of 32 from the three-point line as they jumped all over the Nuggets from the tip and led by as many as 21 points early in the second quarter before escaping with the narrow win as the Nuggets fought back in the second half. With the unlikely win, Memphis improved to 19-50 overall and 14-23 at home.

Meanwhile, the Brooklyn Nets have lost six of their last eight games but they will be looking for a second straight win after taking down the Mavericks in a 114-106 home win on Saturday. Rondae Hollis-Jefferson led the team with 23 points, D’Angelo Russell added 22 points with six assists while DeMarre Carroll chipped in with 19 points and 12 rebounds. As a team, the Nets shot 51 percent from the field and 14 of 36 from the three-point line as they dominated the fourth quarter by 26-17 to come away with the win to improve to 22-48 overall and 13-23 at home.

The Grizzlies had lost 19 in a row before Saturday’s win over the Nuggets but they’ve covered in five of the last six meetings in Brooklyn. Meanwhile, the Nets haven’t been able to string together wins, but they have definitely been more competitive over the last couple of weeks with Hollis-Jefferson and Russell starting to put up consistent numbers. I’m definitely staying away from this game personally, but if I had to choose, I’d lean towards the Nest to get the win and cover at home in this one.